Founded in 2018, Mobile Premier League (MPL) is one of India's largest eSports and mobile gaming platforms with growing presence in South-East Asia, USA and Europe. By the beginning of 2022, MPL had expanded its base with over 90 million registered users across India, Asia, Europe and North America.

Codesign’s partnership with MPL to build a comprehensive brand identity programme was initiated in 2020 at the threshold of its explosive growth phase, maximising the potential of a strong and dynamic identity for brand building. 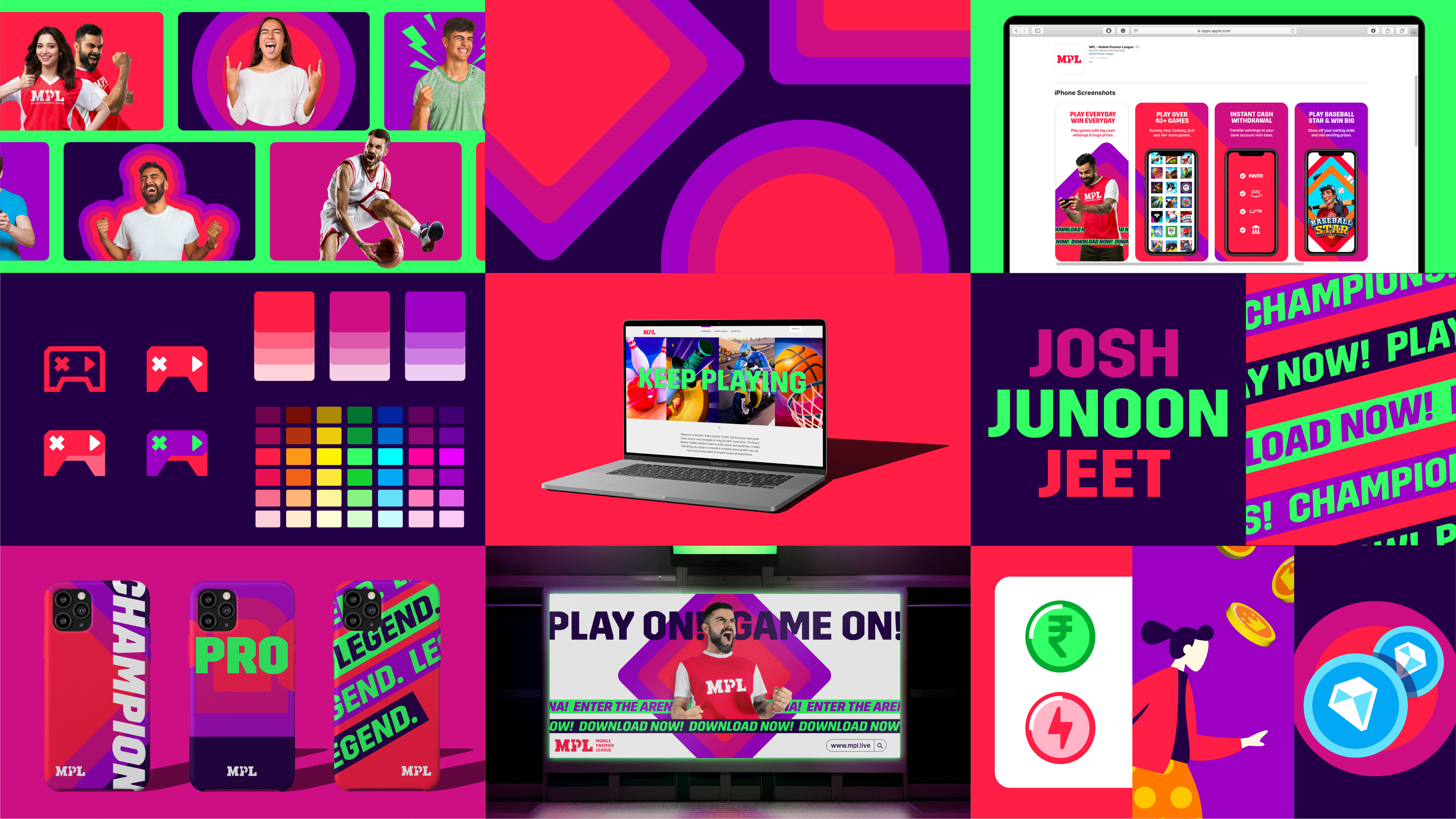 The brand identity system for MPL works to solve multiple challenges pertinent to the sector, its own life-stage and ambitions. 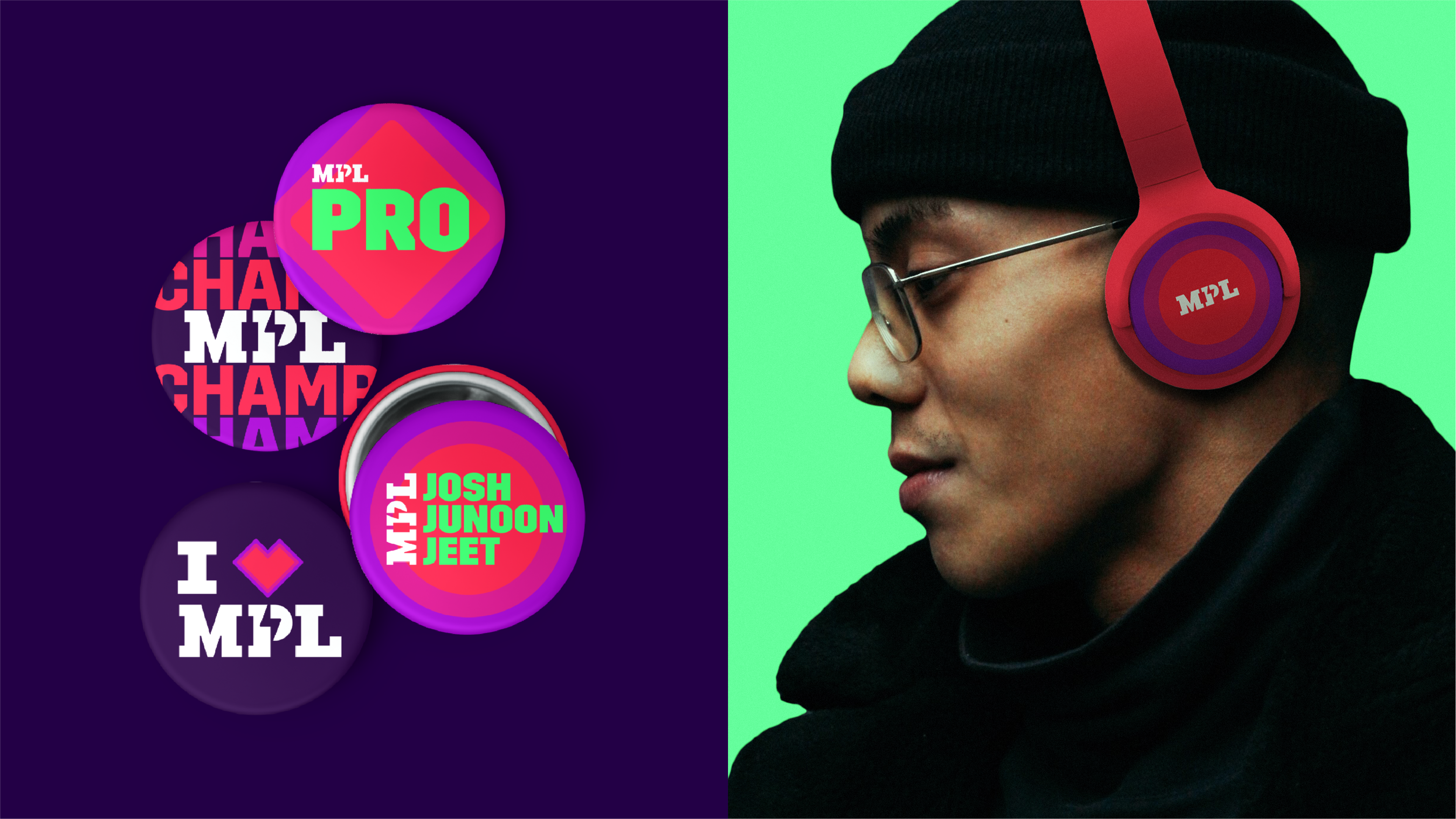 We distilled the driving emotion for the brand identity into Josh, Junoon, Jeet (a medley of Fervour, Passion, Victory)—that captured the constant thrill of play and celebration of achievement. An integrated toolkit of assets were designed to express this collective energy, by how they behaved—visually, through motion and sonic quality. The behaviour-led approach enabled greater flexibility in combining and adapting different assets to create immersive canvases for content.

Details from the Identity System 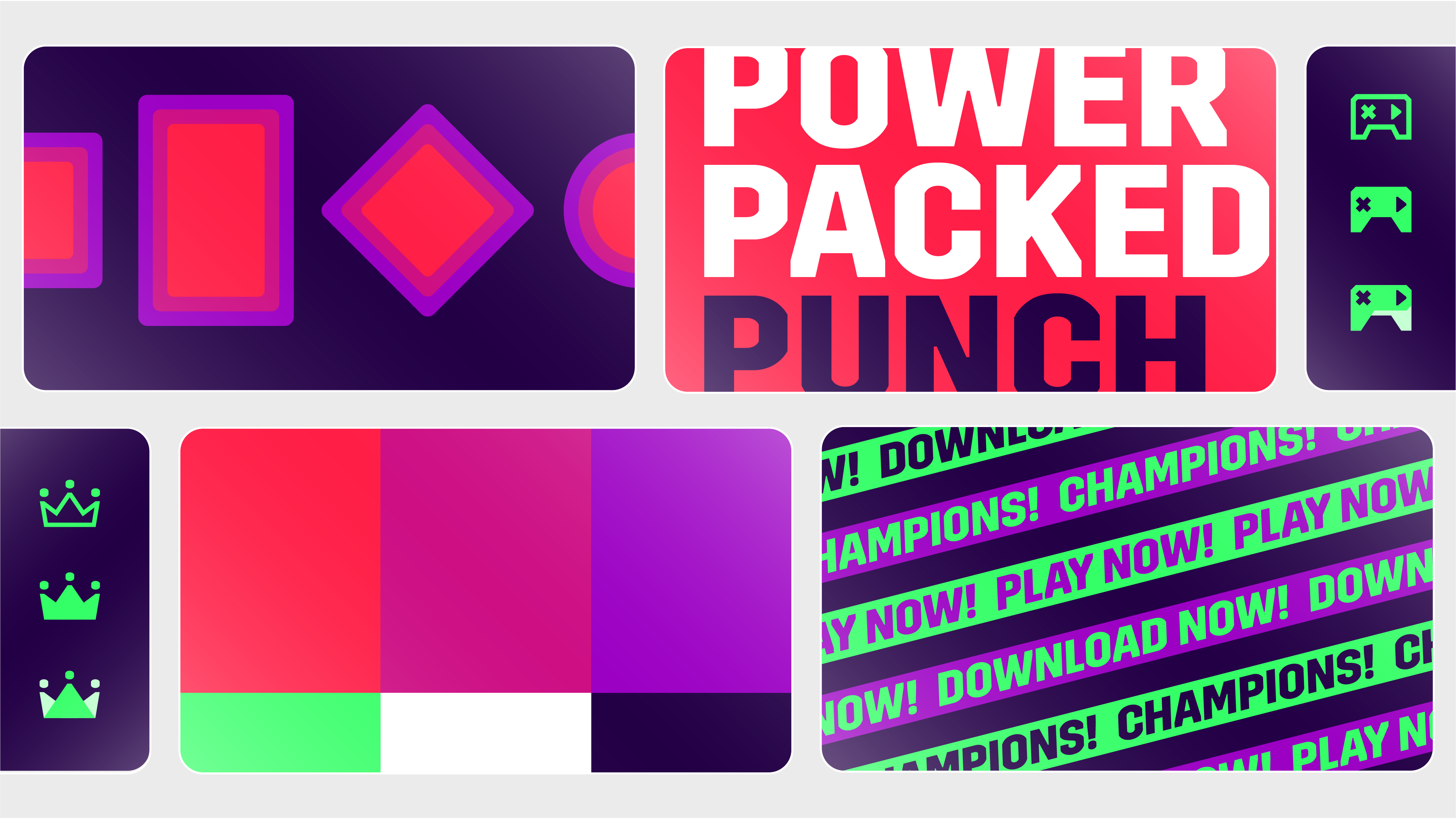 The Epicentre is the key brand device, inspired by an outward burst of energy radiating from a central arena of play, with continuously pulsating action. With a set of guiding principles, the Epicentre can change form, scale & orientation to adapt to varying content and formats. 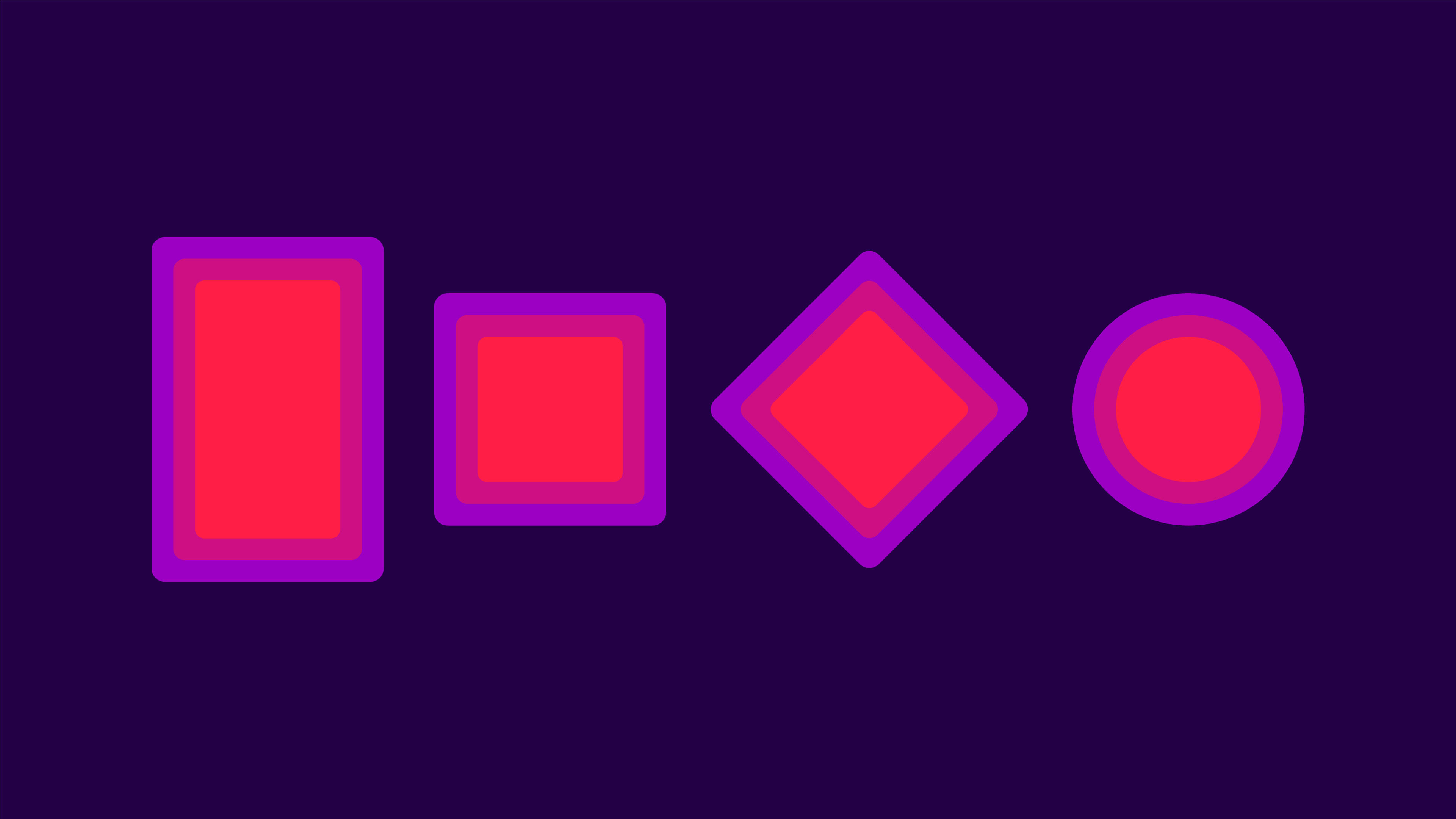 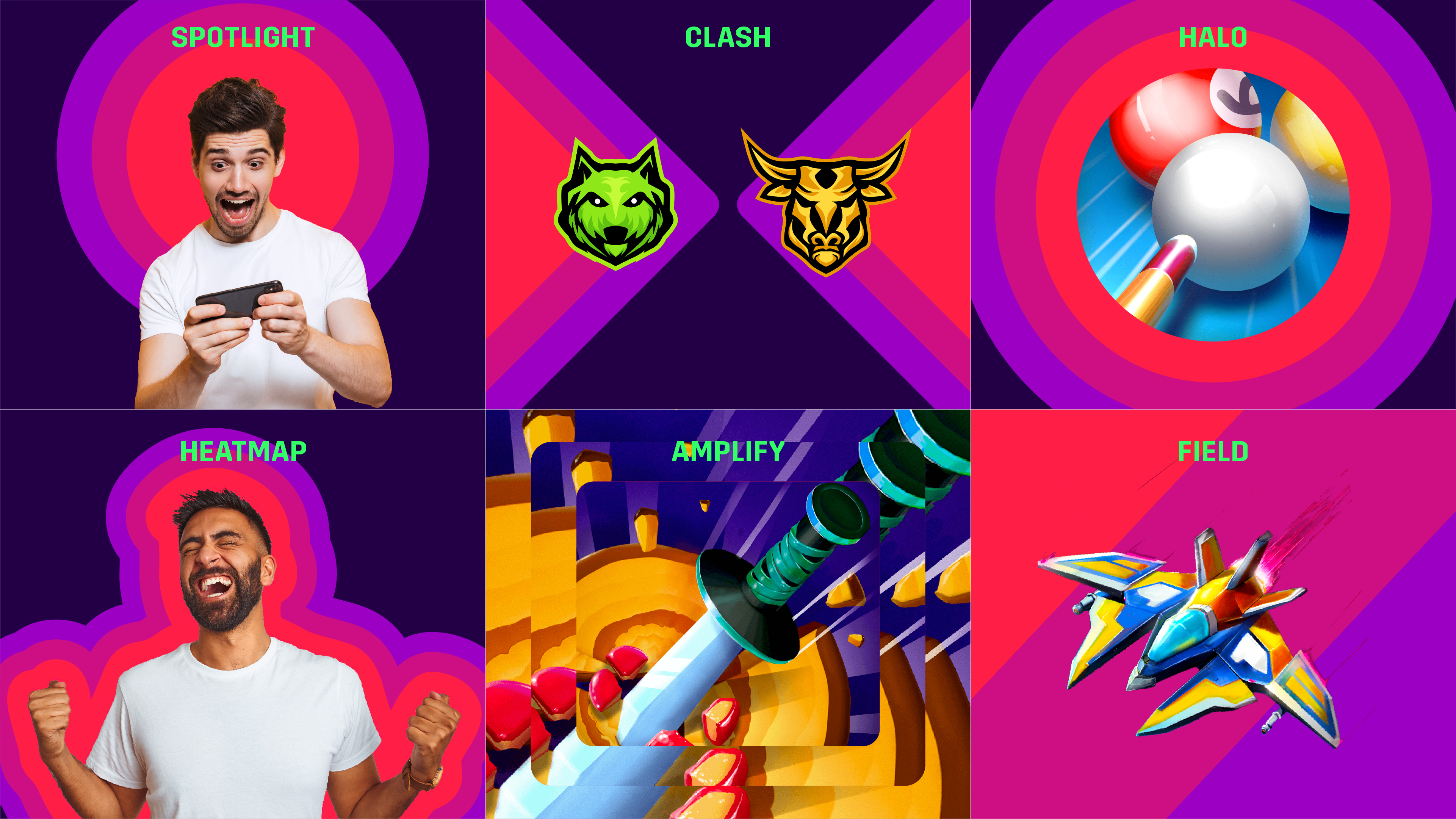 The high-contrast & intense colour palette for MPL activates its energetic content. A combination of 3 primaries—Epic Red, Hyper Pink & Hot Purple—created an ownable spectrum for the brand, along with pure White, Space Blue & Laser Green to act as backgrounds and highlights. The colour strategy involved fine-grained guidelines including a preference for white backgrounds for acquisition-first touchpoints to cue higher degrees of transparency and trust, and darker backgrounds for more playful retention-focussed communication. 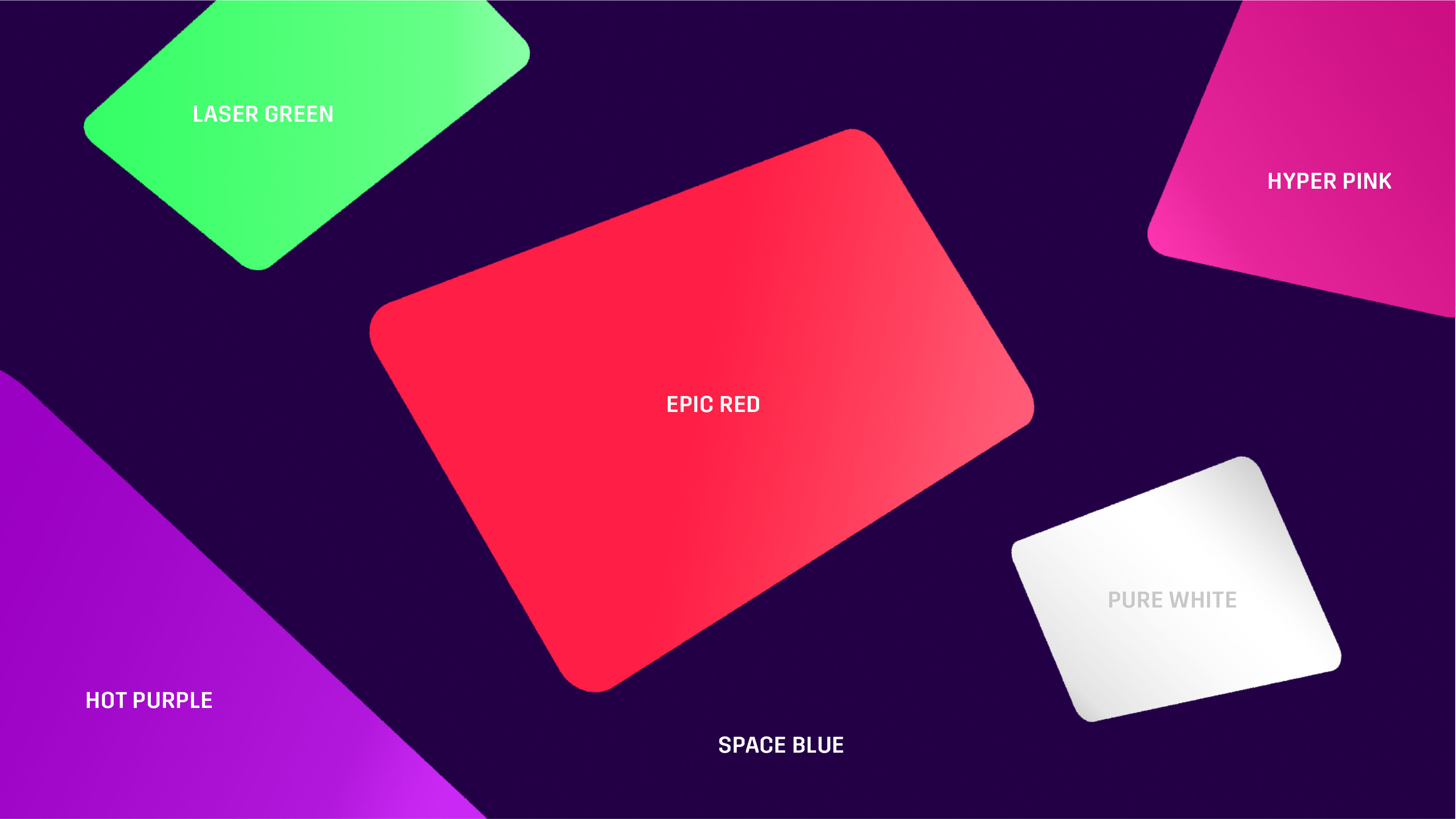 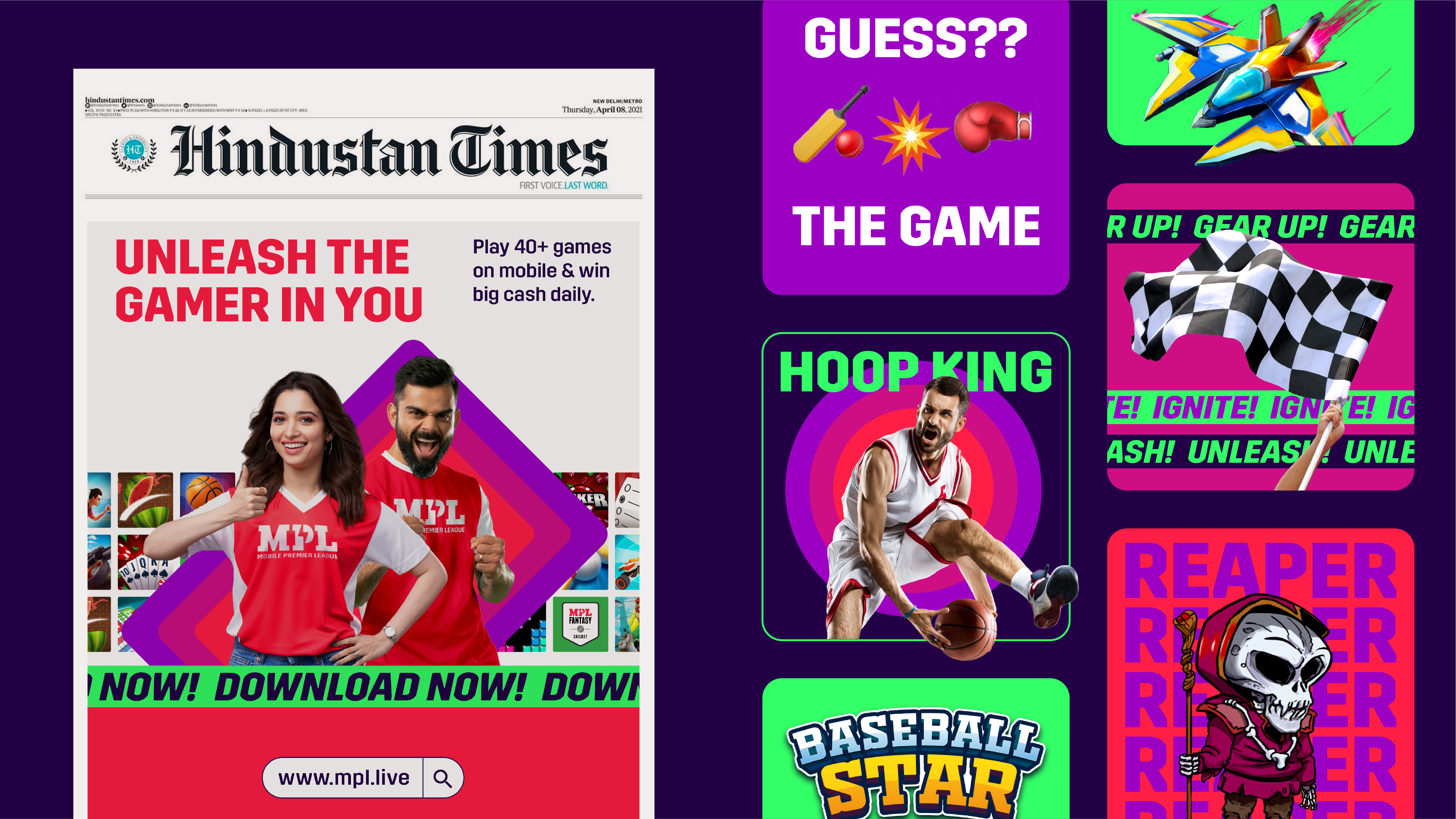 Inspired by sports & gaming genres, the brand font for MPL is designed to be used boldly. Visual treatments like the live Ticker format, and pulsating animations were used to amplify urgency and add zing to the messaging.

Bold forms and application of the characteristic palette were used to build stronger brand ownership for images, illustrations & icons. 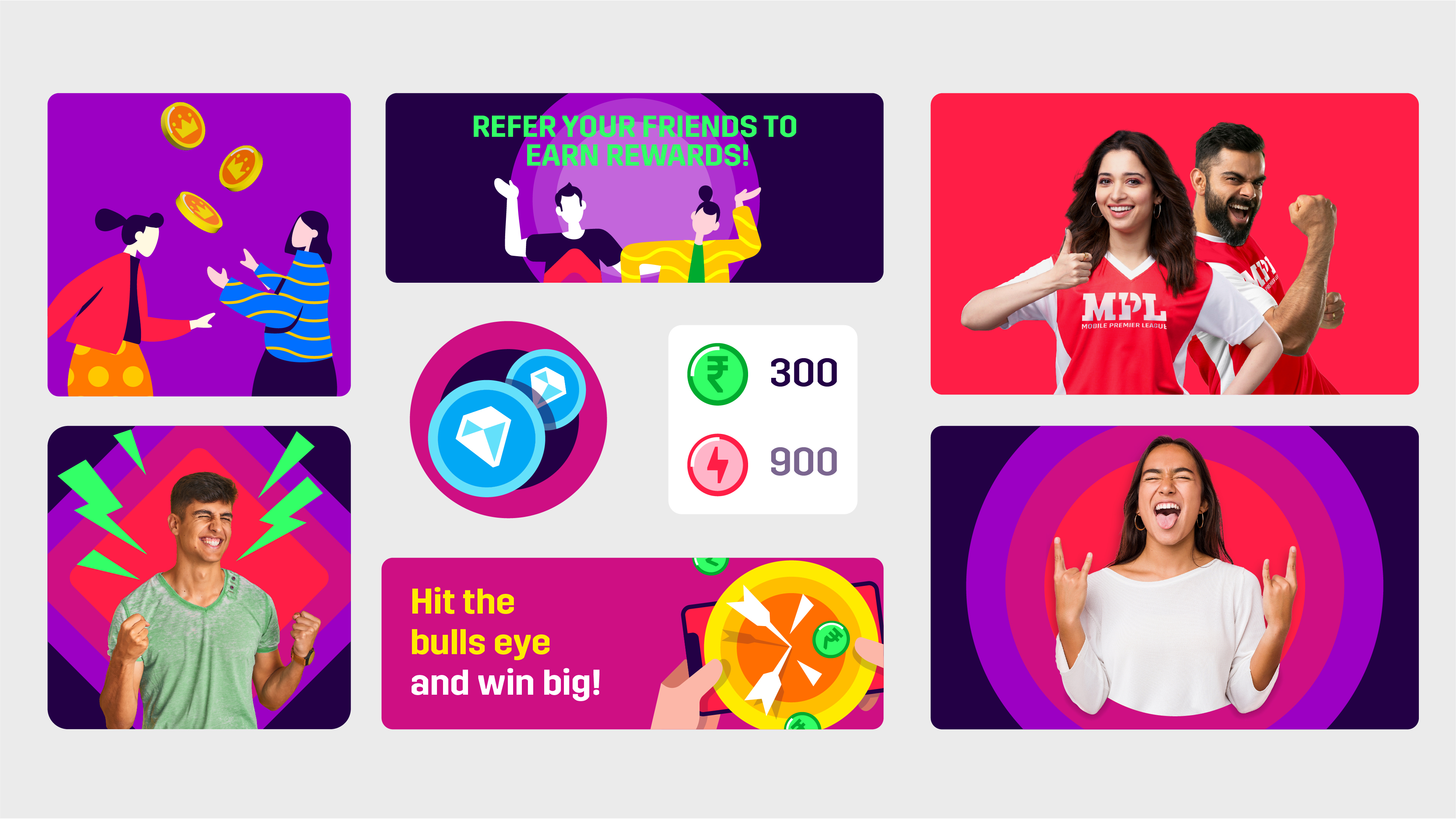 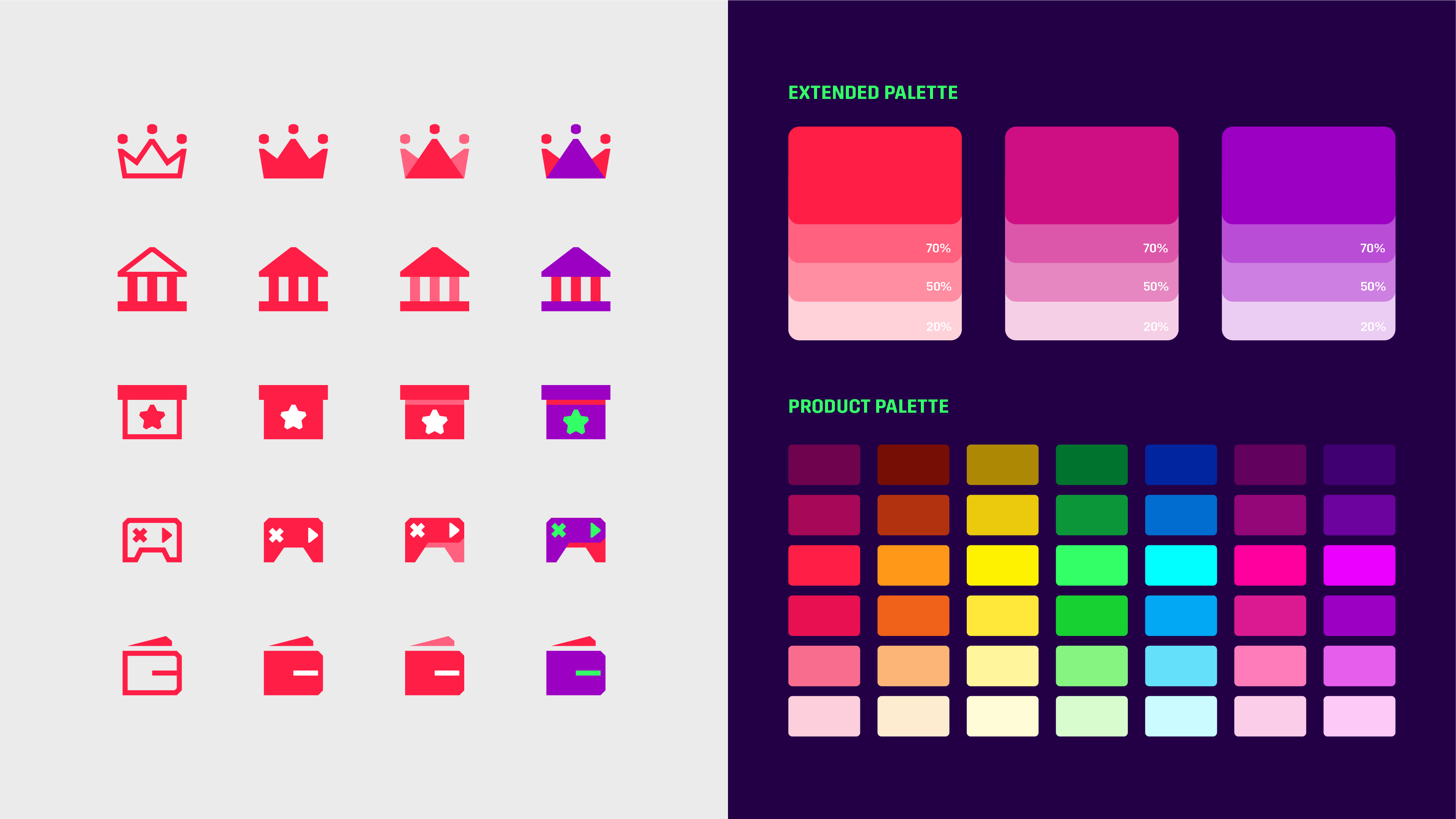 The motion behaviour brings alive the MPL brand assets by accentuating the epicentre’s inherent outward burst of movement and adding a pulsating action that syncs perfectly with the energetic rhythm of the sonic identity.

For on-screen experiences, the MPL sonic identity brings more emotion and stronger recall through the sense of sound. The rhythm of the sonic identity is set at a higher BPM to match the rhythm of the human heart in thrilling action. With a catchy beat and tempo, it evokes the irrepressible joy of a victory dance, a shared celebration with high energy.

We built a brand portal to empower brand teams across locations & verticals to create and collaborate—efficiently and with consistent brand impact. The hub includes ready to use assets, demonstration of guidelines, quick-start templates, and features to allow showcase and sharing of noteworthy executions between teams. 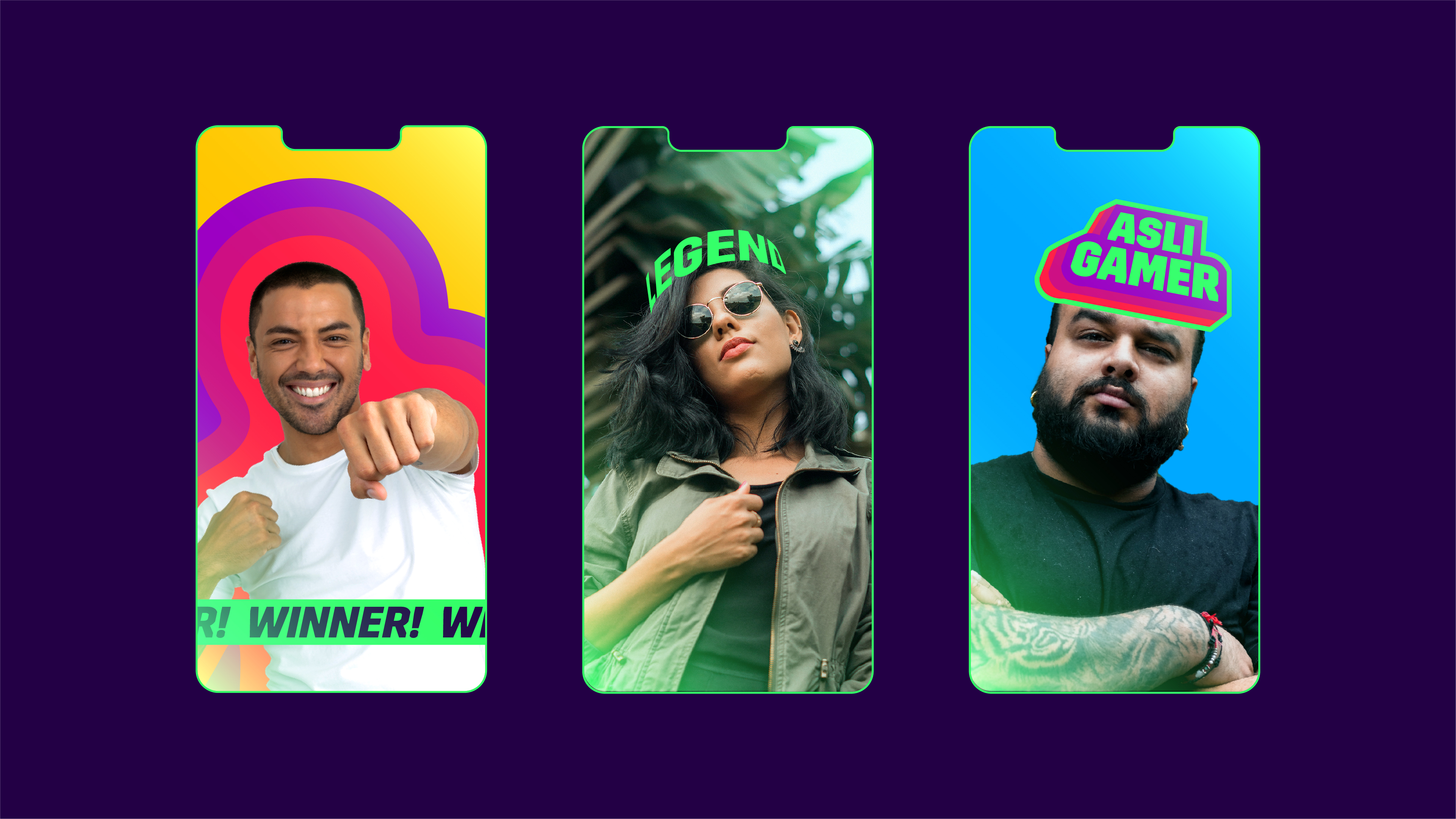