A New Celebration of Style 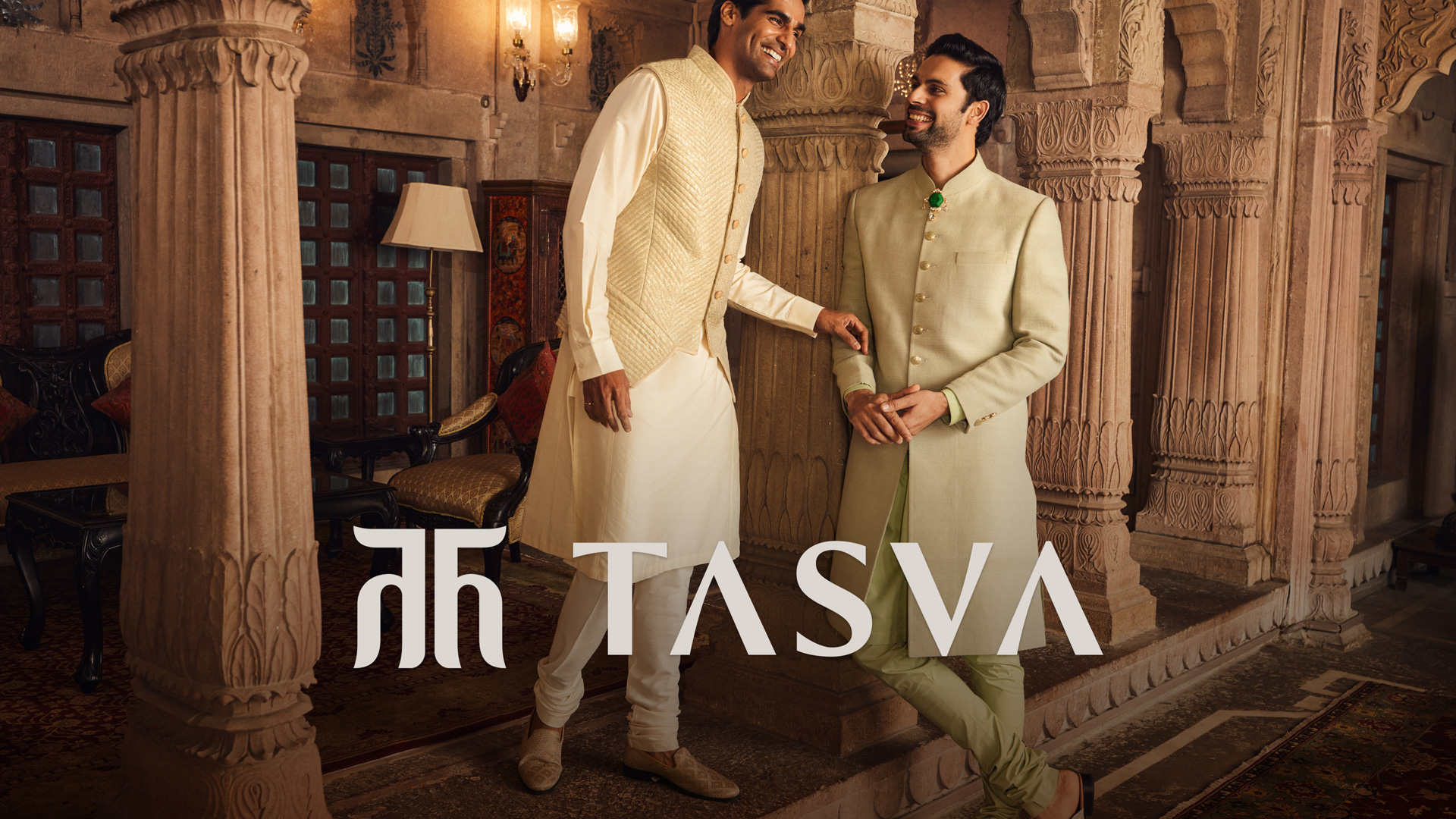 In 2021, the Aditya Birla Group announced a strategic partnership with iconic Indian designer Tarun Tahiliani culminating in the creation of a new Indian menswear brand, aimed at the fast growing but undifferentiated mass-premium segment. We worked with the stakeholders to lay the foundation for the new brand with positioning, naming & brand identity design. In early 2022, TASVA was launched, with rapid retail expansion targeted at 250 stores in the next 5 years. 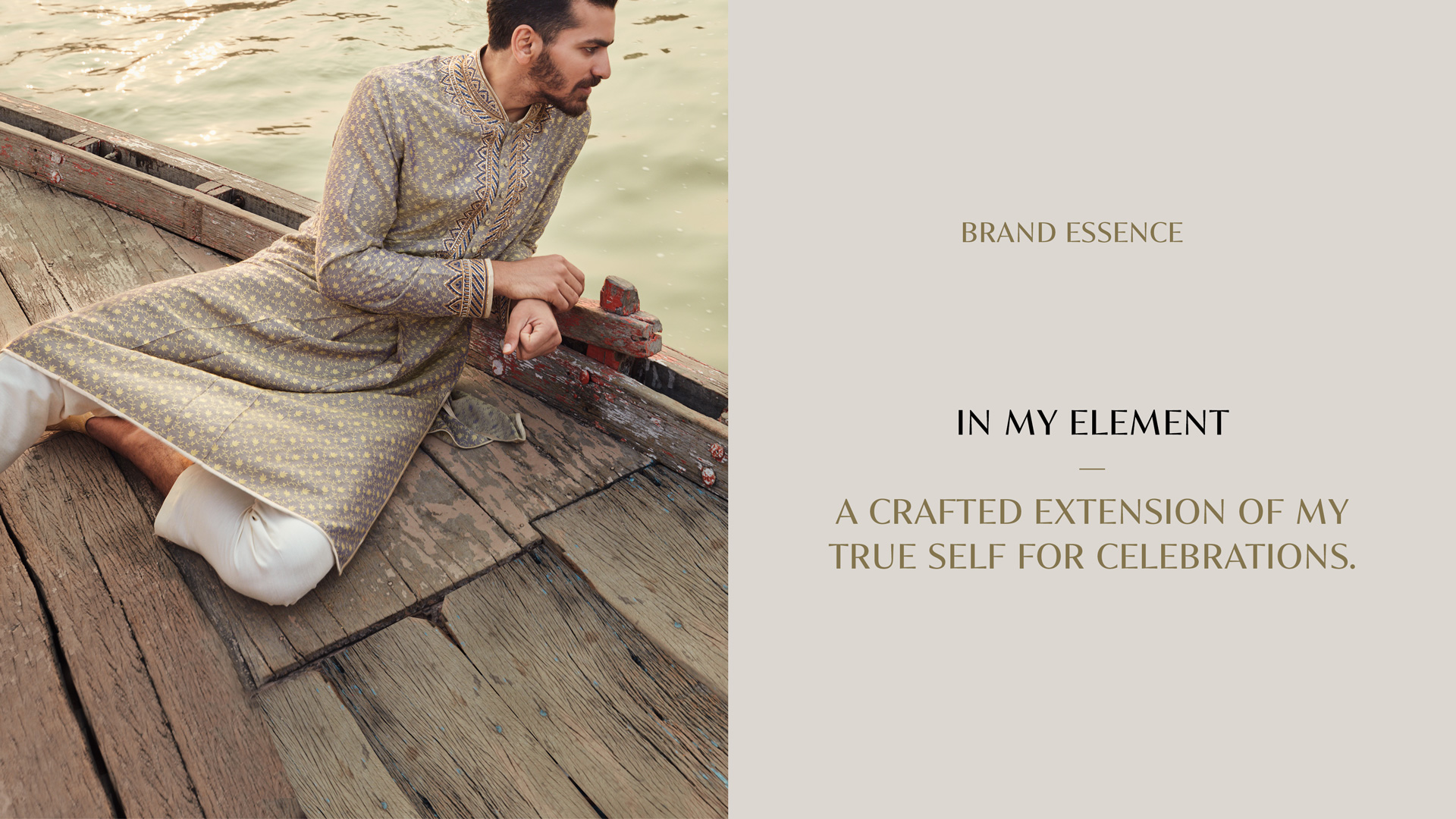 The Indian ethnic menswear segment in the mass-premium category, has remained largely stagnant while the audience itself has evolved in their approach to fashion & grooming. While non-ethnic menswear brands have responded to these changes, ethnic wear brands have remained trapped in a singular and old-fashioned imagination of men in the context of tradition & celebration.

The brand positioning recognises the individuality of the man, and his traditional avatar as a crafted extension of his natural self. It presents a fresh and timely departure from conforming to tradition, to the act of owning and creating your own expression of tradition. The positioning also resonates with product truths, with Tarun Tahiliani’s characteristic focus on crafted Indian textiles with comfortable fits and contemporary silhouettes. 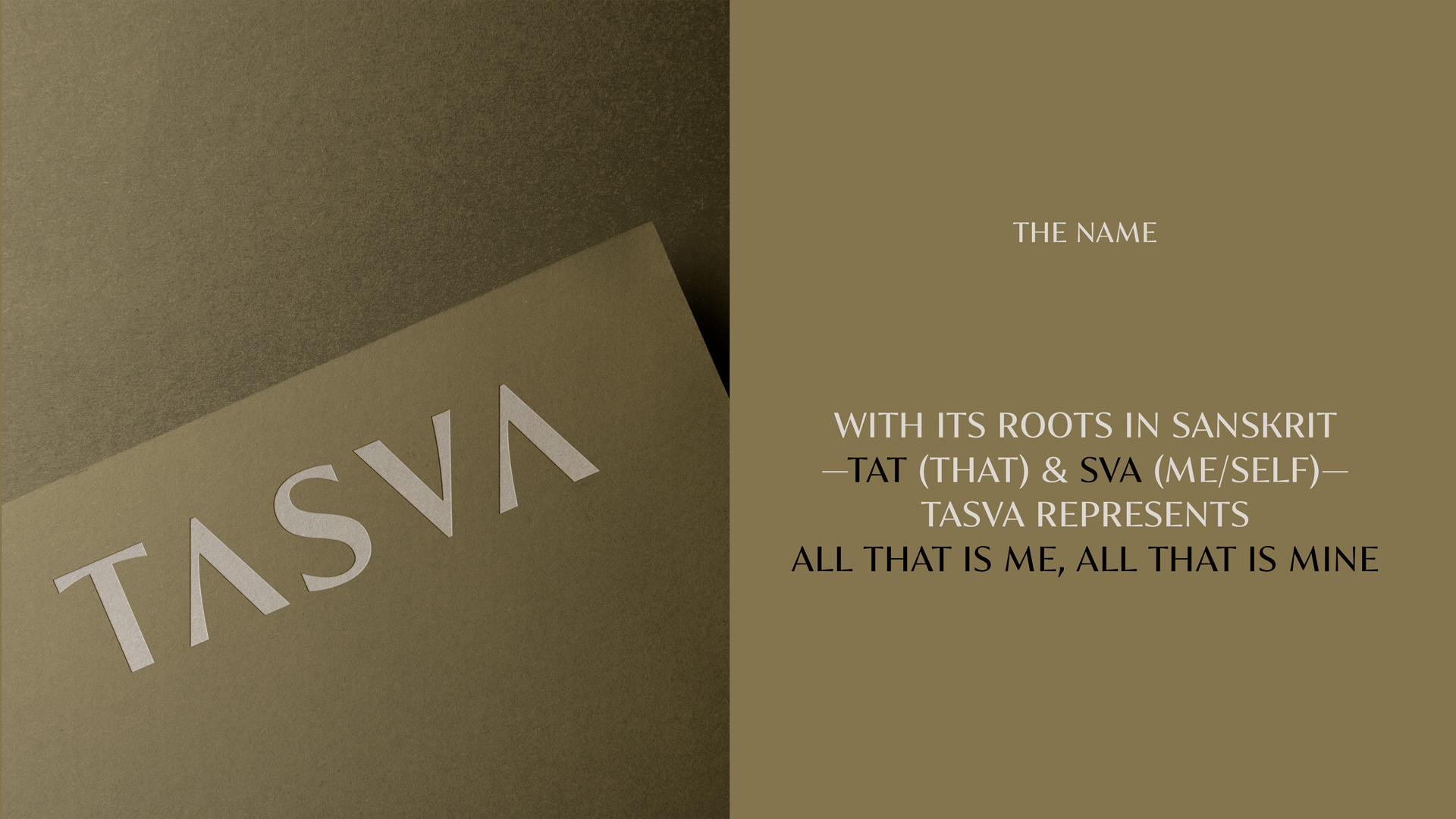 The central brand idea of the expressive self guided the naming process, along with considerations of pan-India presence. The brand name TASVA was created, as an invented combination of Sanskrit ‘tat’ (that) & ‘sva’ (me/self)—cueing a celebration of the self and all that it holds close and dear to its heart. Phonetically pleasing and crisp, the created name stands apart and immediately connects to the Indian-ethnic, tradition-led mindspace. 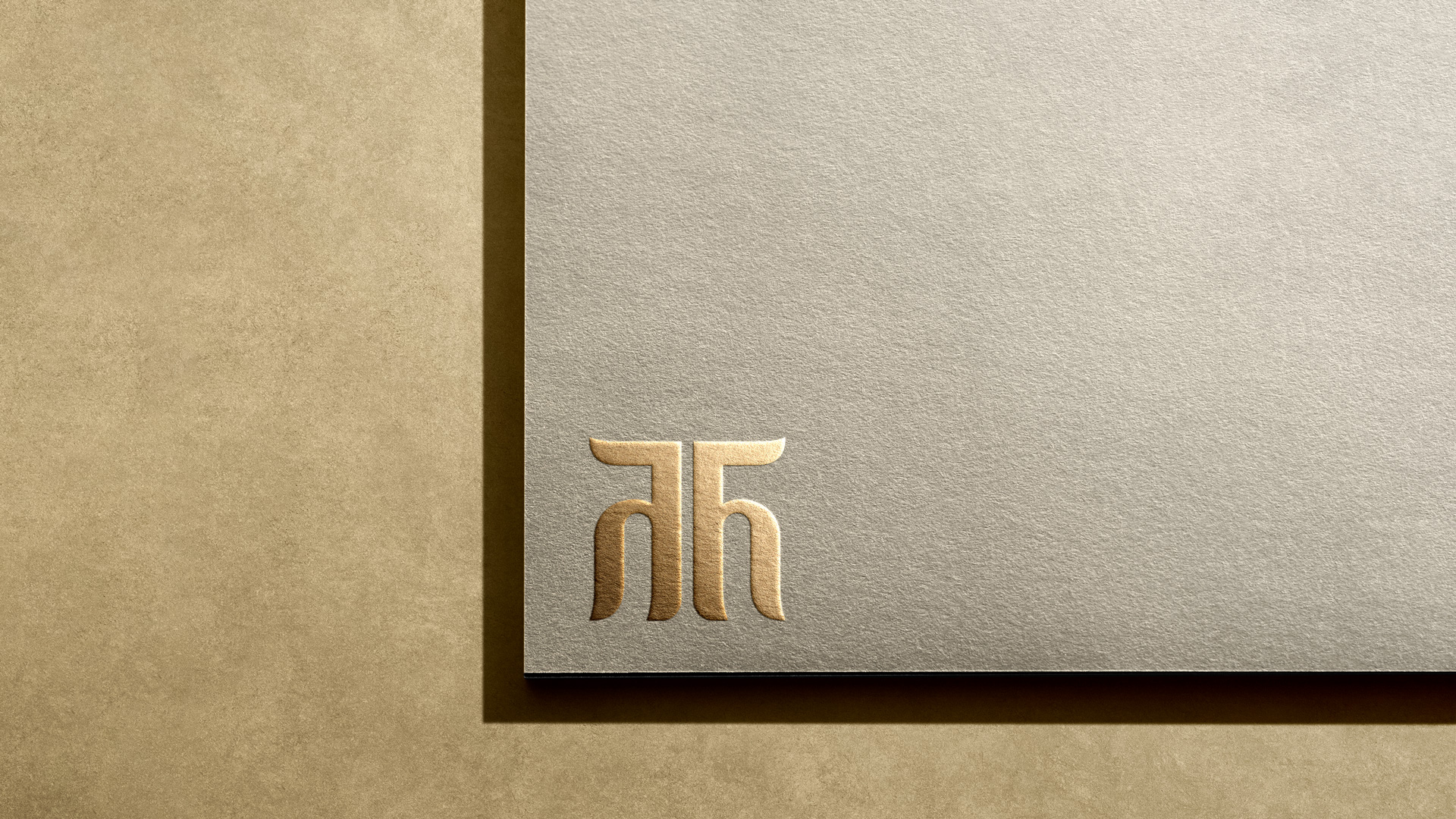 Strategically the design leadership of Tarun Tahiliani is a differentiating asset for the brand in a segment which is largely both un-branded and lacking in specific design sensibilities. For the brand identity design, in depth conversations with the designer at his atelier with prototypes as they came to life, laid the foundation to understand defining qualities and character of what makes a Tarun Tahiliani design artifact. The resultant identity reflects the designer’s unique sensibility of crafted, contemporary design—sharp & contemporary in its elegance, with the warmth & richness of tradition. The quiet sophistication of the TASVA identity stands apart from the commonly over-embellished brands in the space. A selective family of brand assets allows for creative richness and contextualisation across brand communications, product branding and retail experiences. 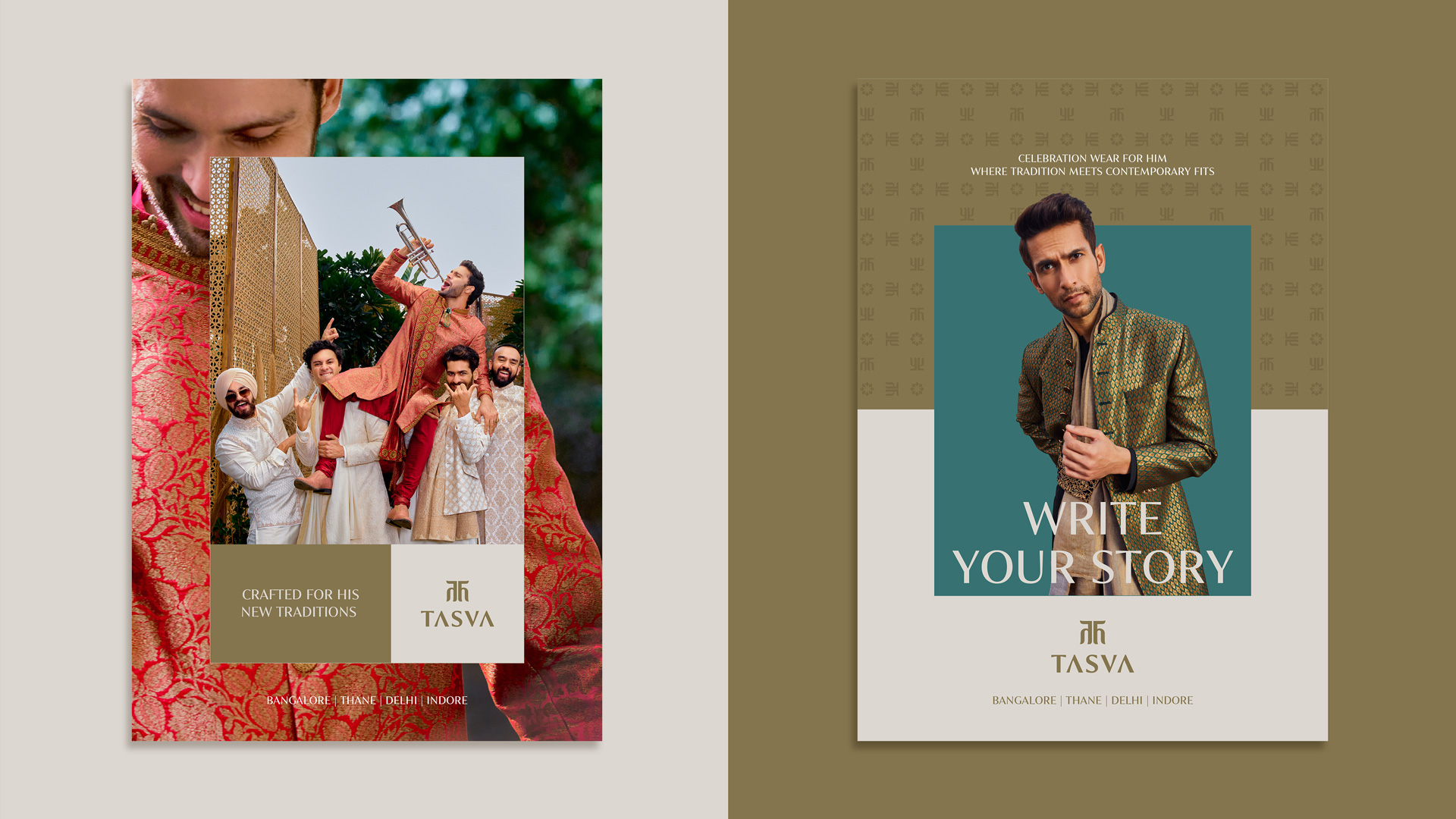 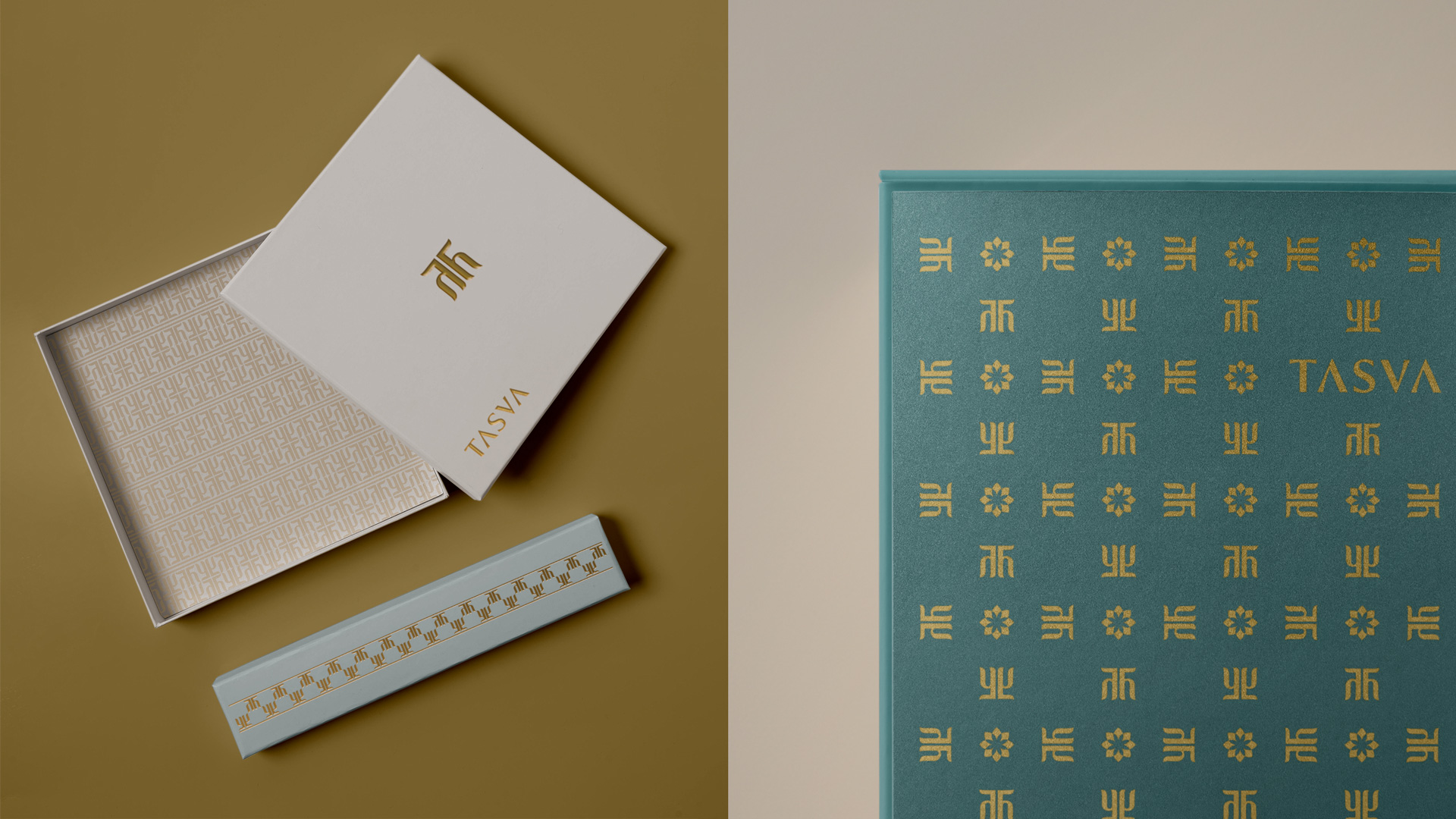 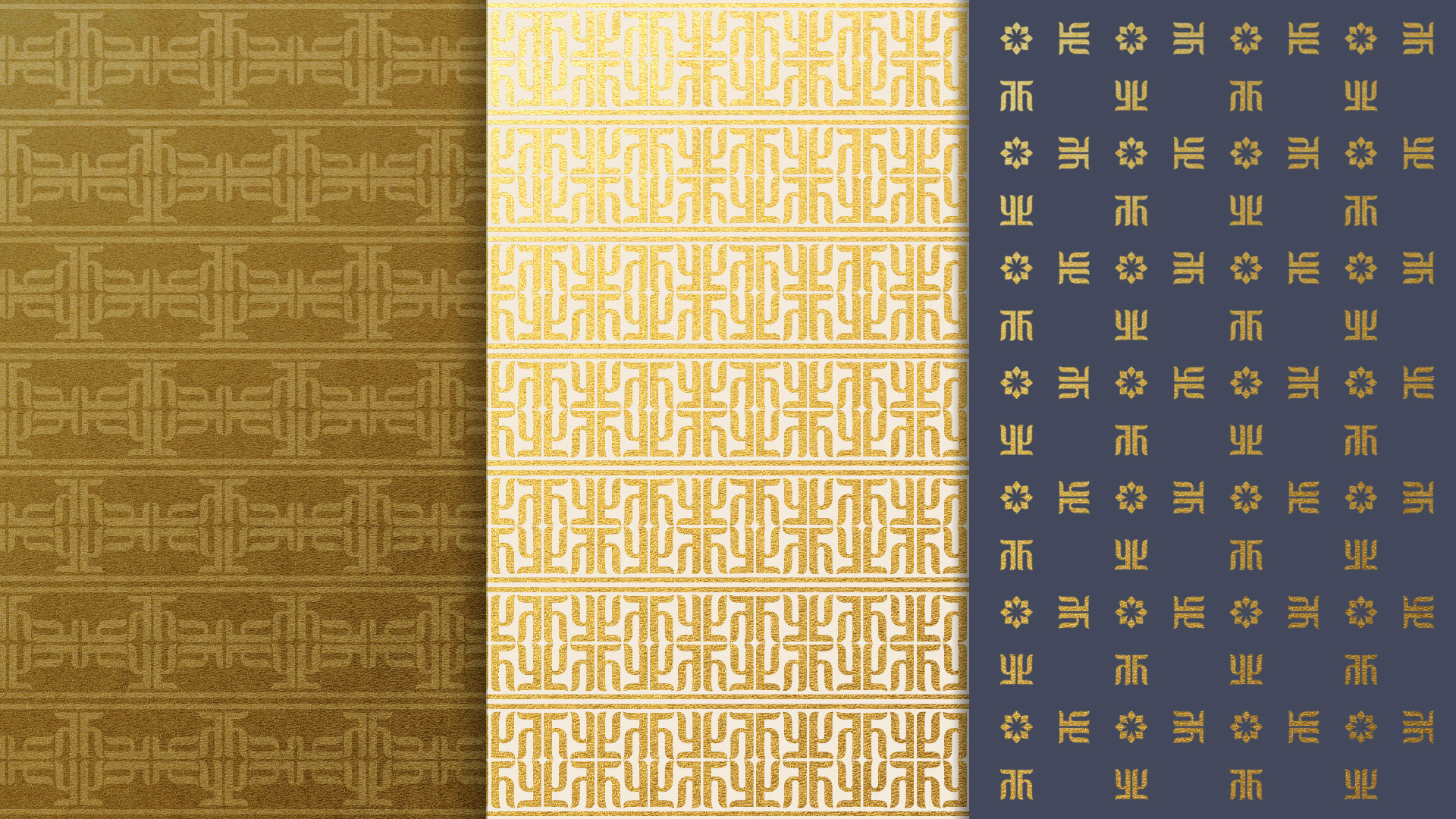 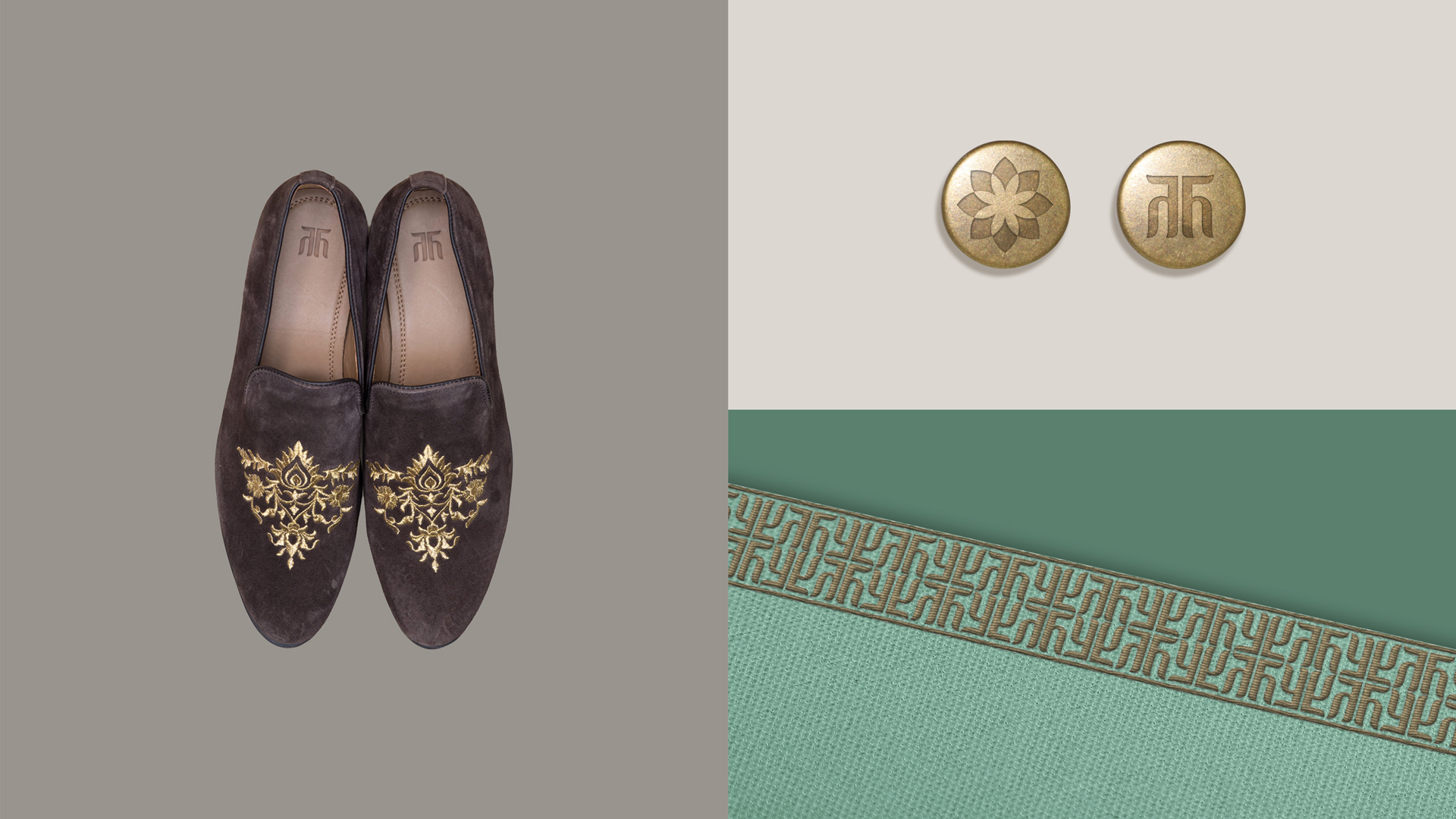