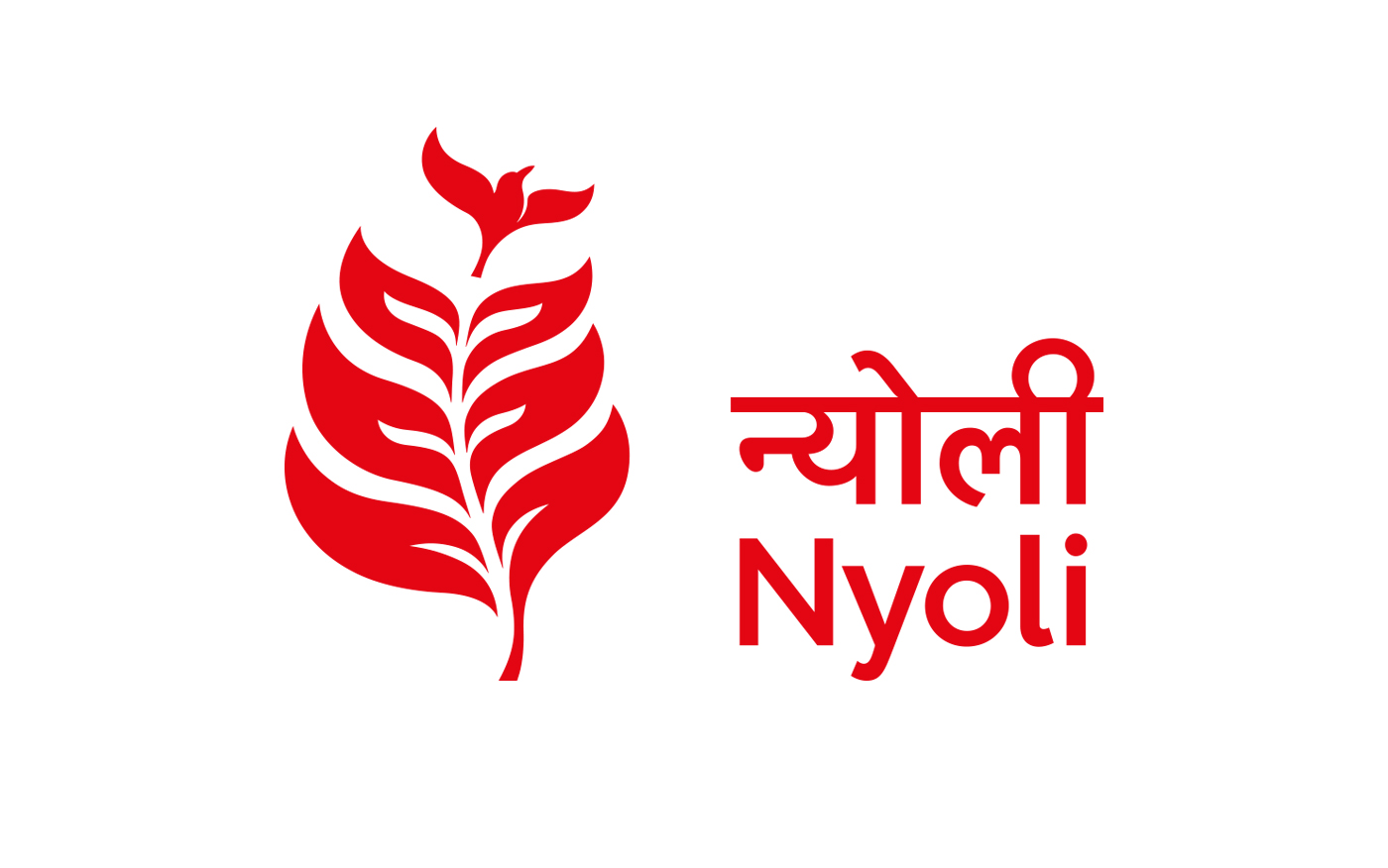 The Nyoli Women's Farmers Cooperative is a not-for-profit cooperative for the management and organized sale of agricultural produce and products from the villages of Kumaun, Uttarakhand, India. Led and managed by local women farmers, it aims to empower the largely women driven small-scale agriculture sector in the region, and enable them to enhance livelihoods for their community and families. Over our years of interaction with CHIRAG (parent organization launching Nyoli), we had the opportunity to understand the dynamics of livelihood generation and community development, and the role of design in sustaining efforts for both. 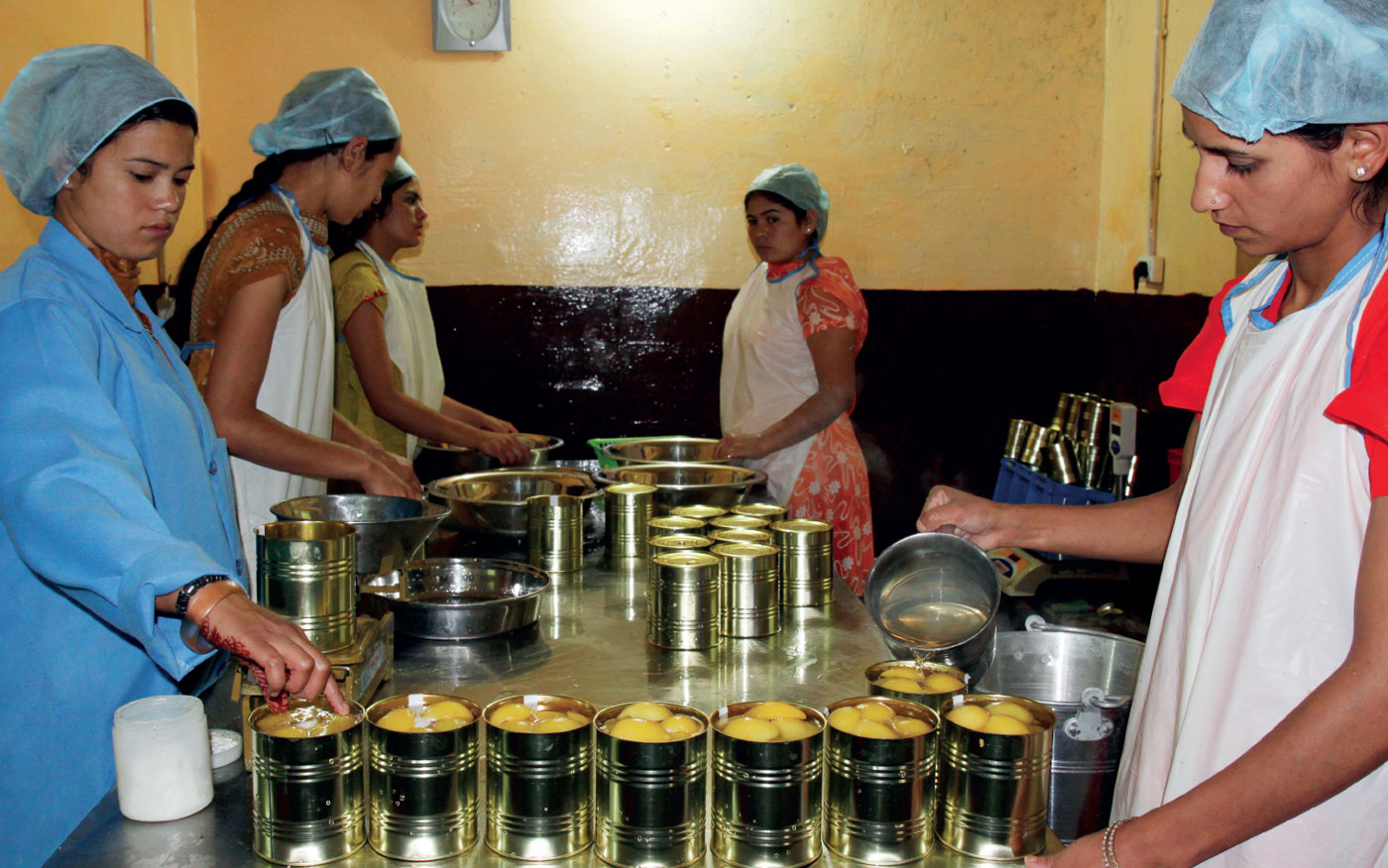 The incredible women farmers of Nyoli 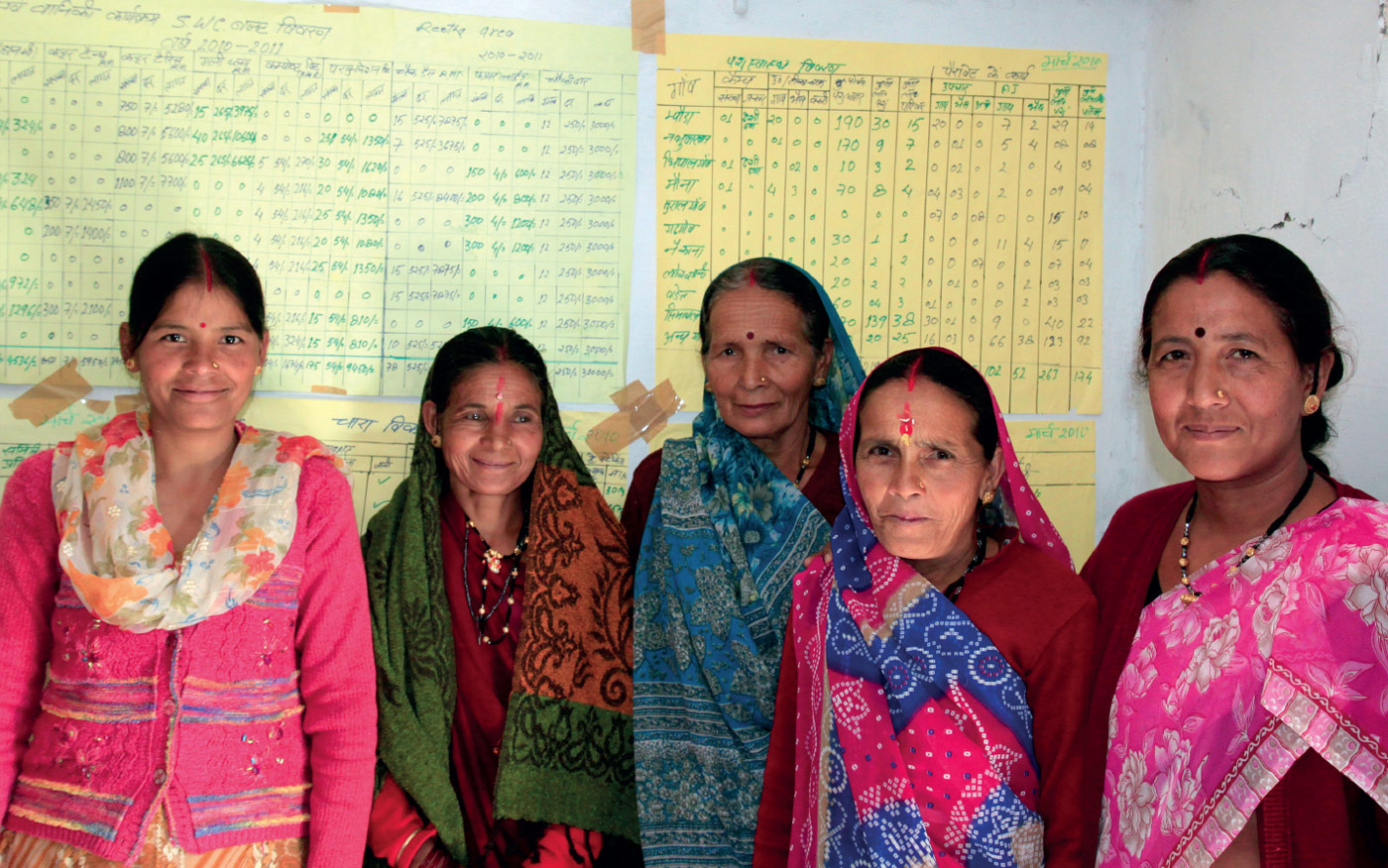 From a branding perspective, the challenges were two-fold. Firstly, to create an identity not just for the Nyoli brand, but as a representative of produce from the entire region of Kumaun. In the long run, this can create a stronger foundation and brand presence for all other smaller producers in the region. Secondly, to create a symbol of pride that could be understood and 'owned' by the local communities. 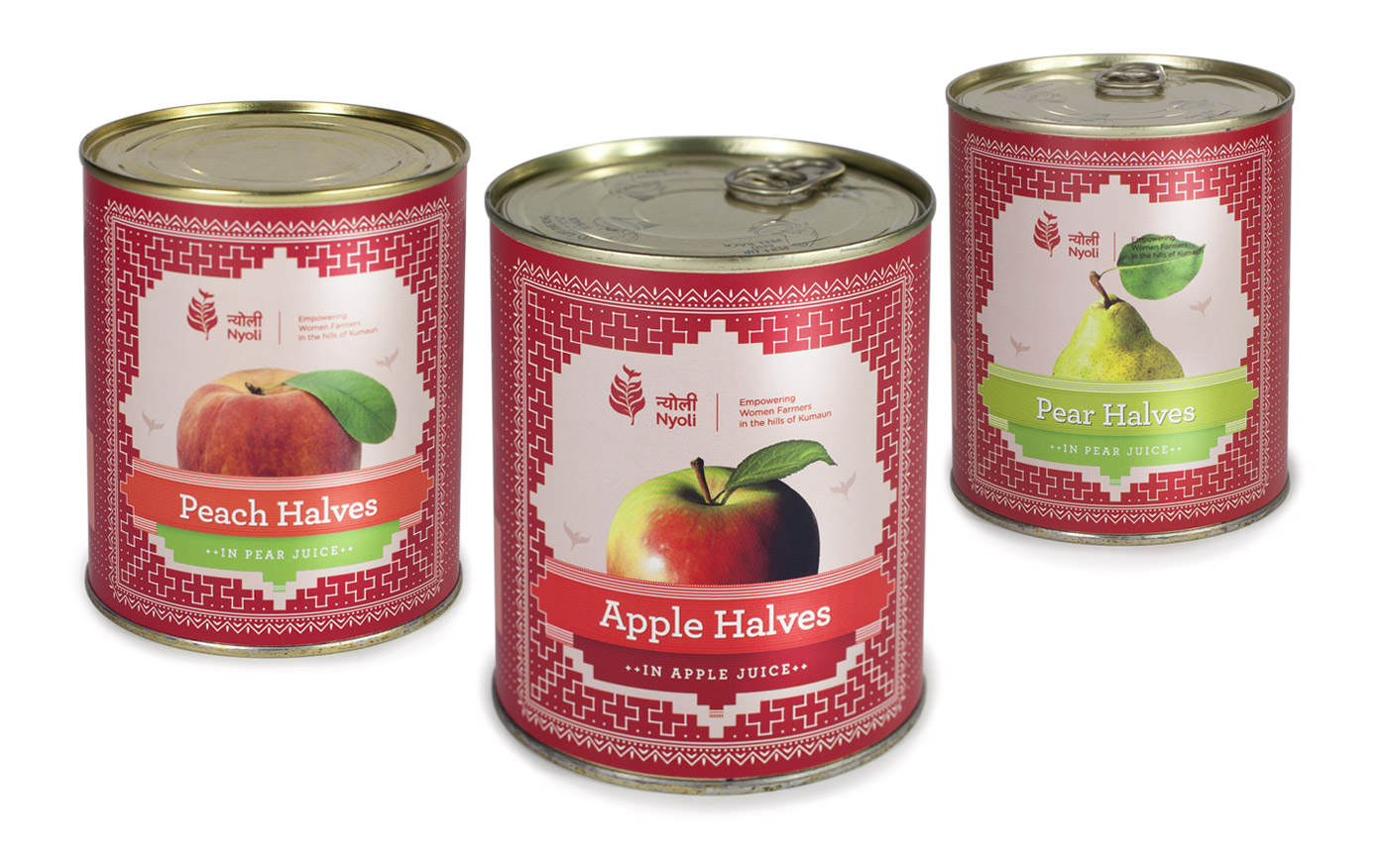 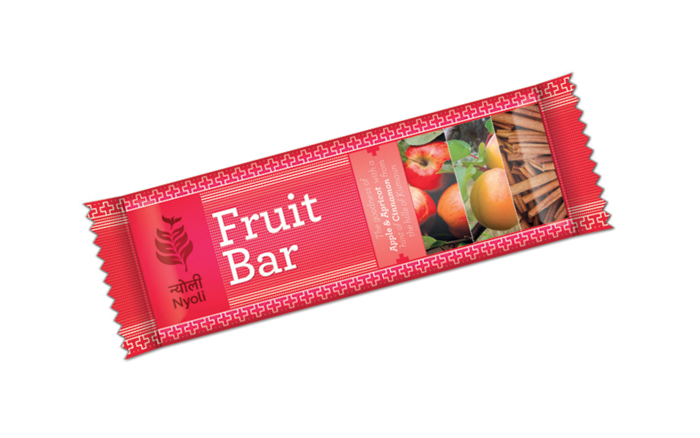 The identity is inspired by elaborate graphic traditions of storytelling in India and represents the transformation in the lives of the women farmers of Kumaun. The packaging graphics are inspired by Aipan (pronounced as Aepan), a traditional art from the region. Together, the brand identity serves both internal and external stakeholders—as a relatable symbol for the  women farmers of Kumaun and a flavour of the place & culture for buyers elsewhere. 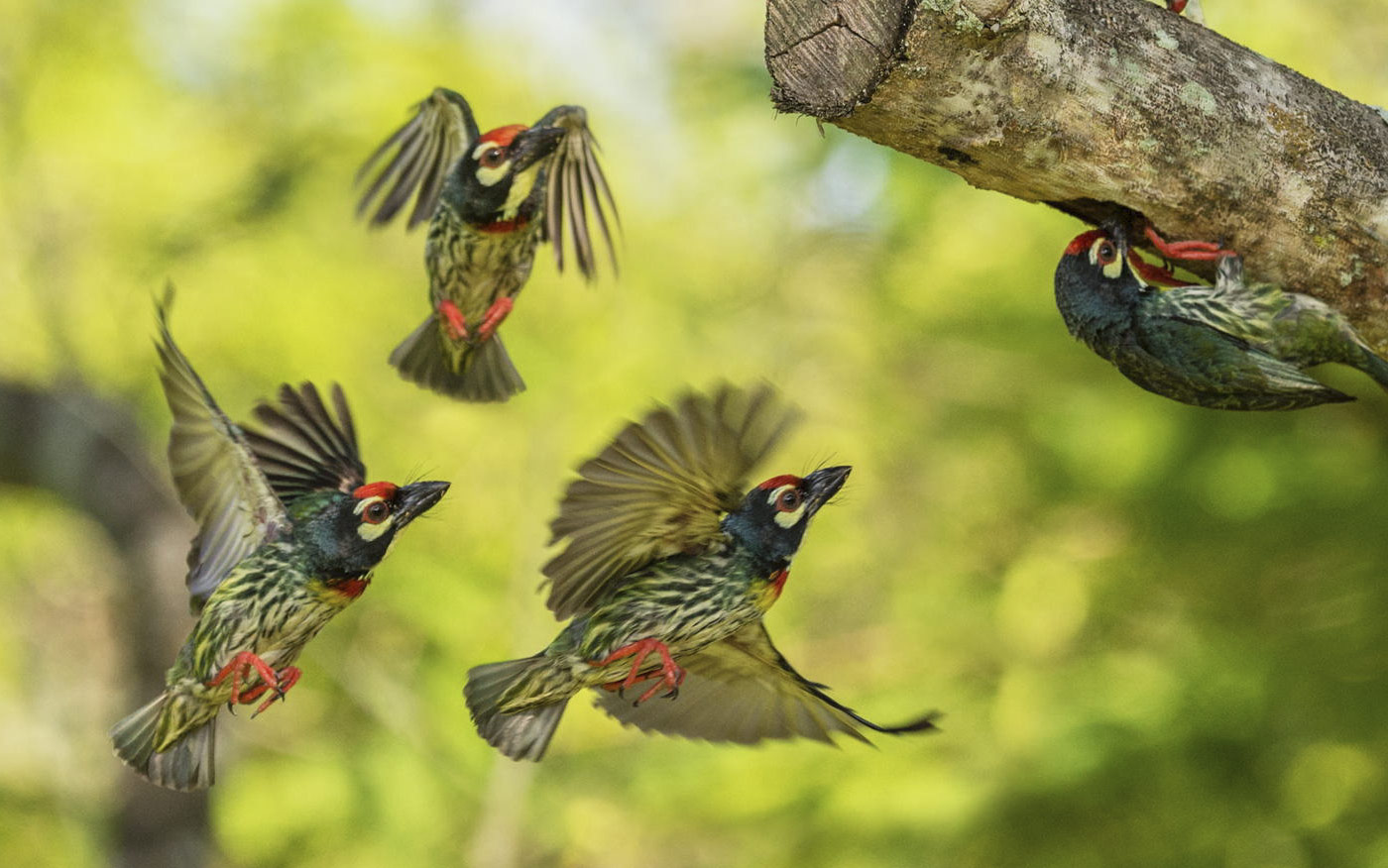 Nyoli is a bird common to the hills of Kumaun, characterized by its persistent calls. It is also a popular form of folk songs from the region. 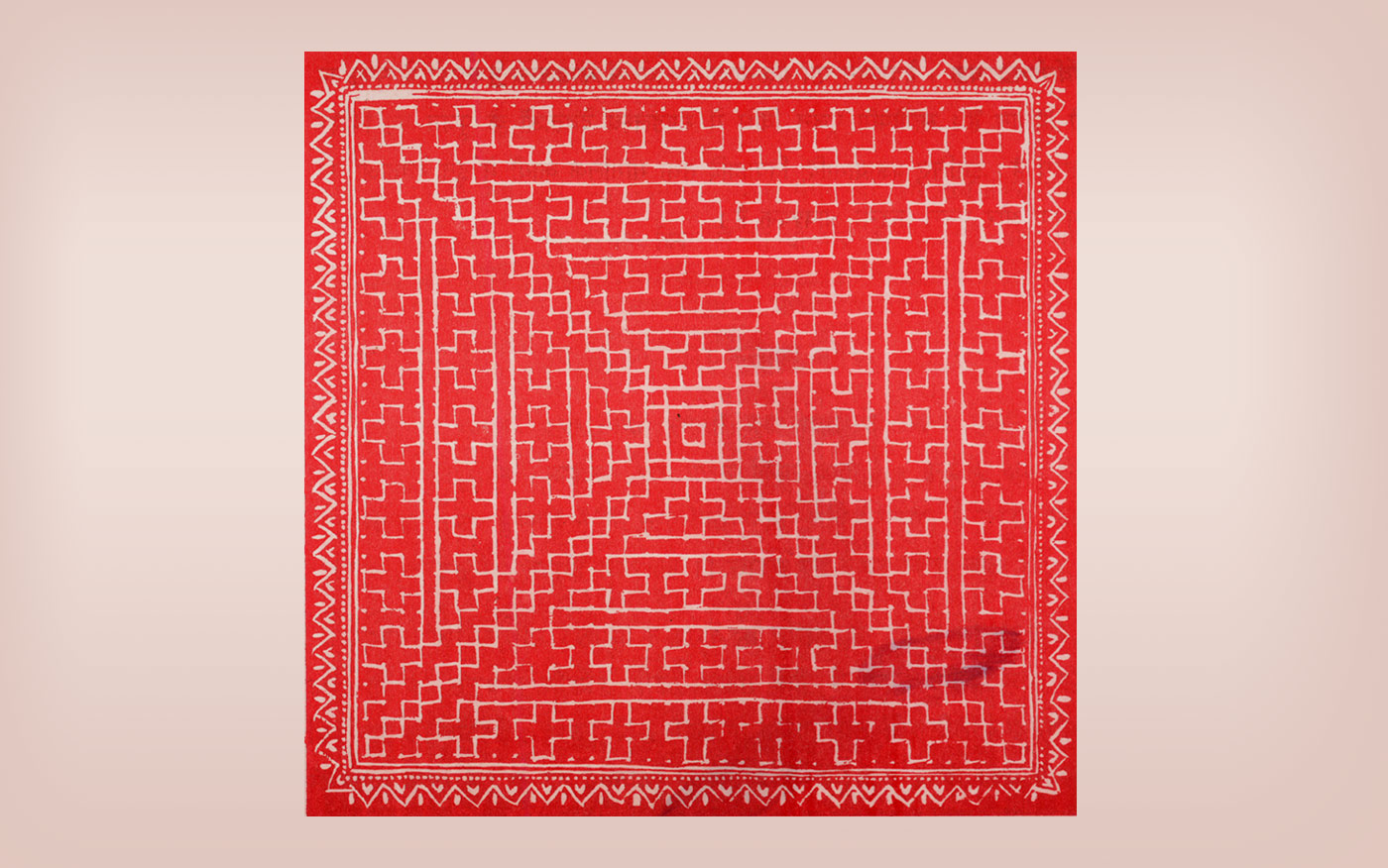 Aipan is drawn as linear art, in simple geometric forms for ritualistic and decorative purposes. It is an integral part of Kumauni culture and its designs are passed on from generation to generation.