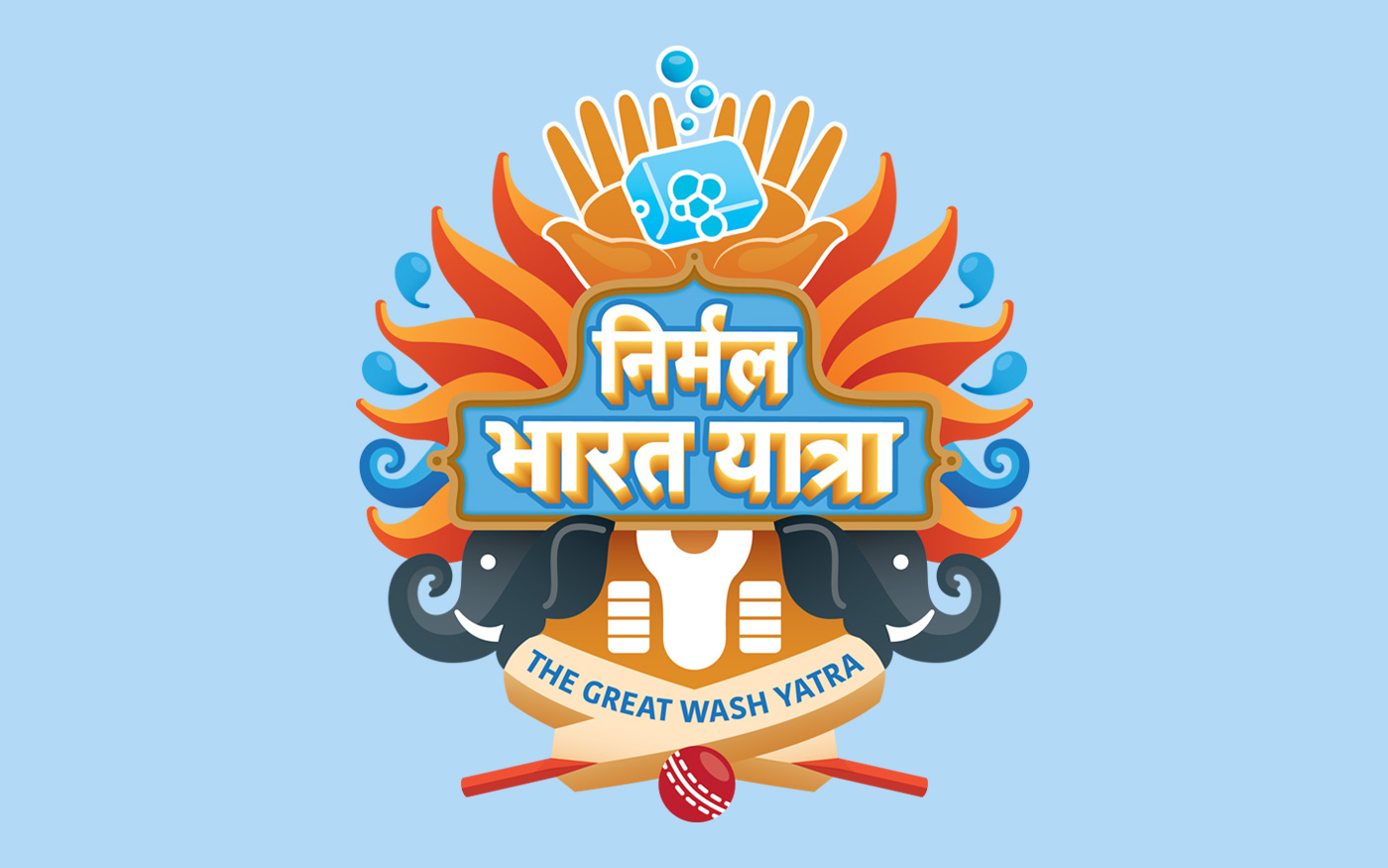 The Nirmal Bharat Yatra was a sanitation awareness campaign that travelled 2,000 kms across villages in 5 Indian states. Breaking away from tepid, instructive messaging common in development sector, design for the Yatra opened up dialogue with audiences through its celebratory, endearing language. The design language learns from the allure of the carnival format and vibrancy of popular films, which hold great appeal for the primary target group—children across rural India. In its final execution, the design approach was further crafted to cue concepts of cleanliness, happiness and progress. Scope of work, included: Identity Design, Visual Language, Print Design, Environmental Branding, Activity Branding, Communication Consultant for Promotional Film 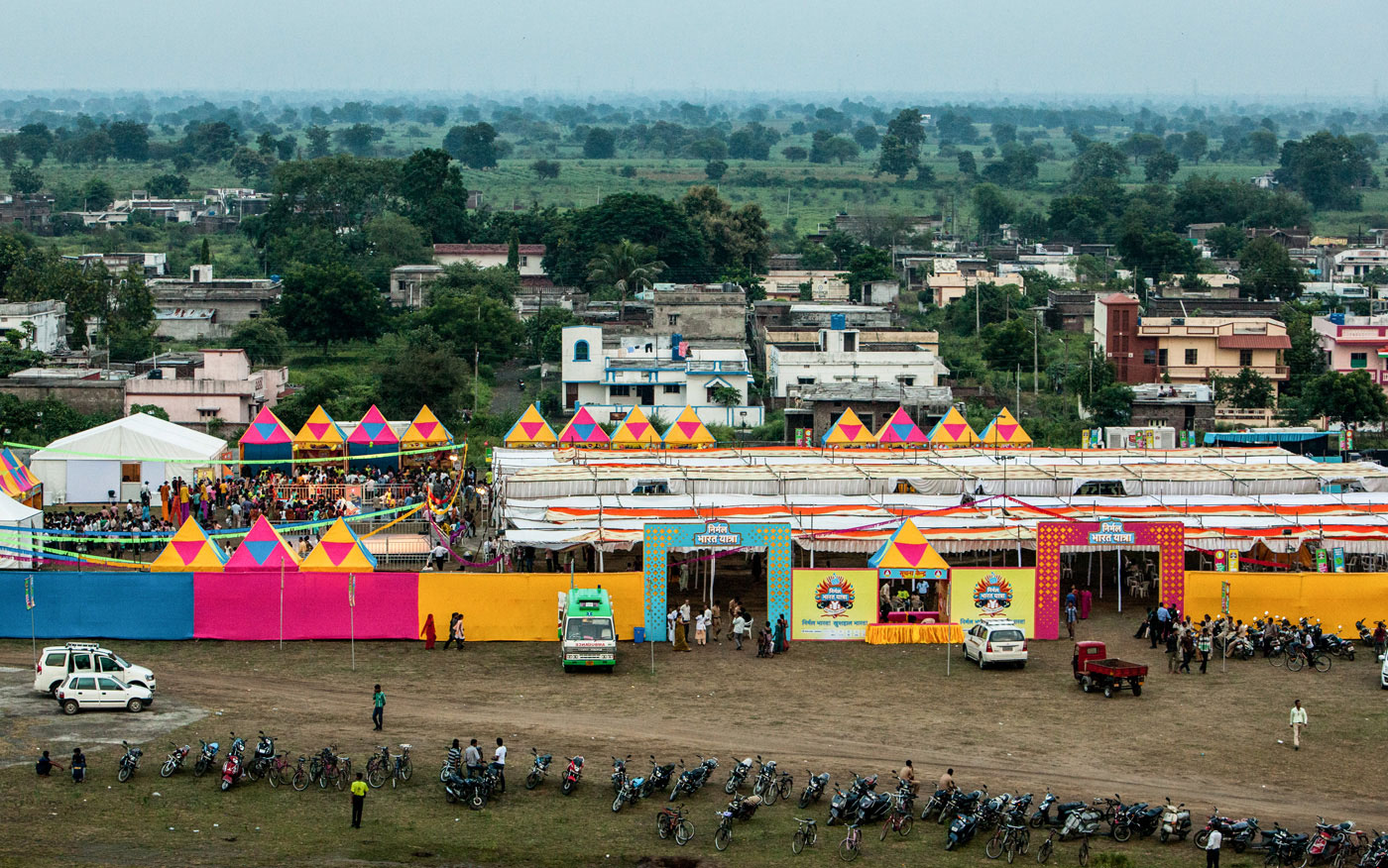 The event identity and communication design for the Yatra, created an approachable and engaging environment, that brought to life sanitation awareness through fun-filled interactions with the primary target audience—children. Breaking away from instructive, top-down messaging that is common in the sanitation and development sector, the design for the Yatra opened up dialogue with audiences through its celebratory, endearing and inclusive language. Through its course 1,60,000 people attended the Yatra and engaged with this novel approach to inculcating behavior change. 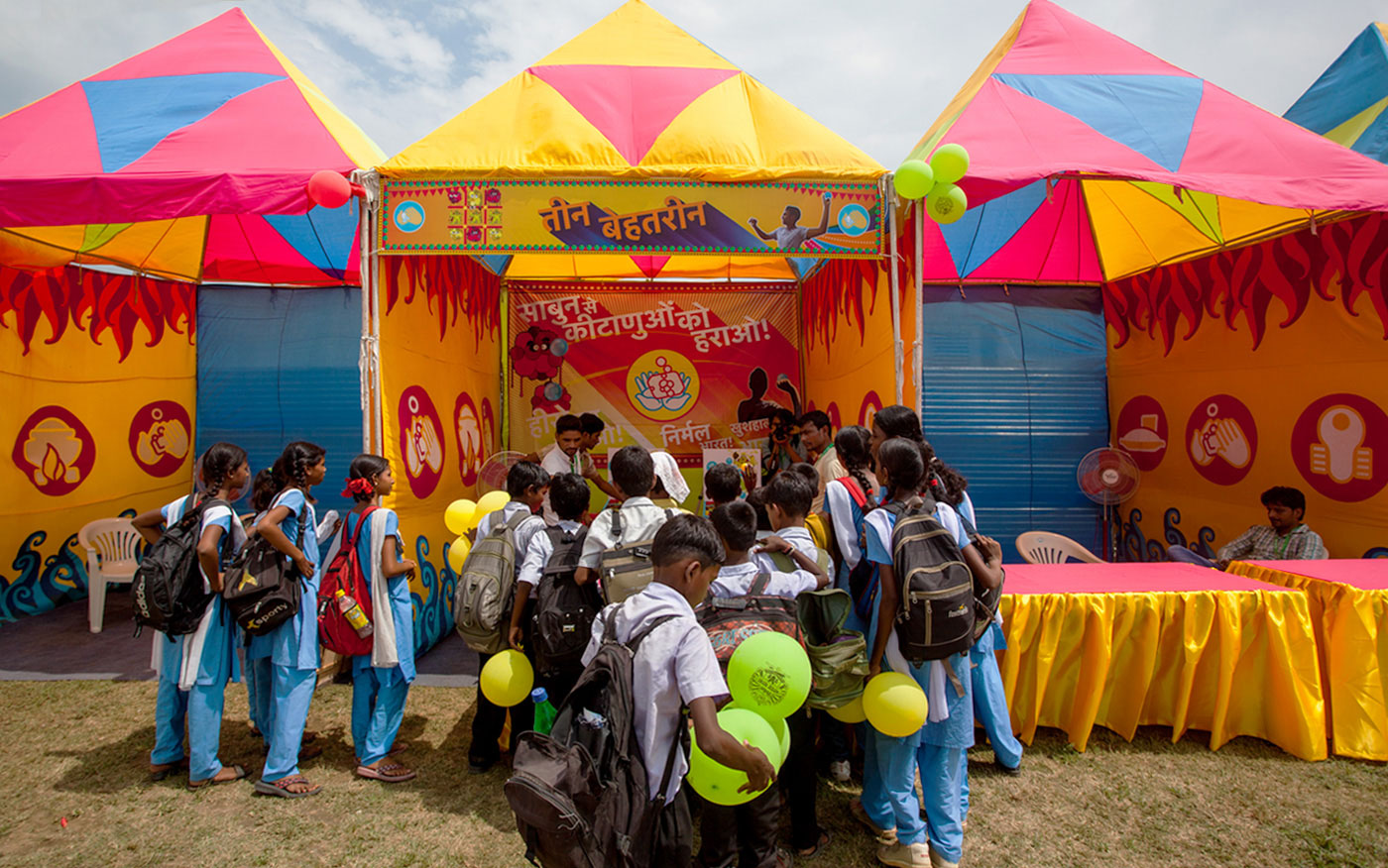 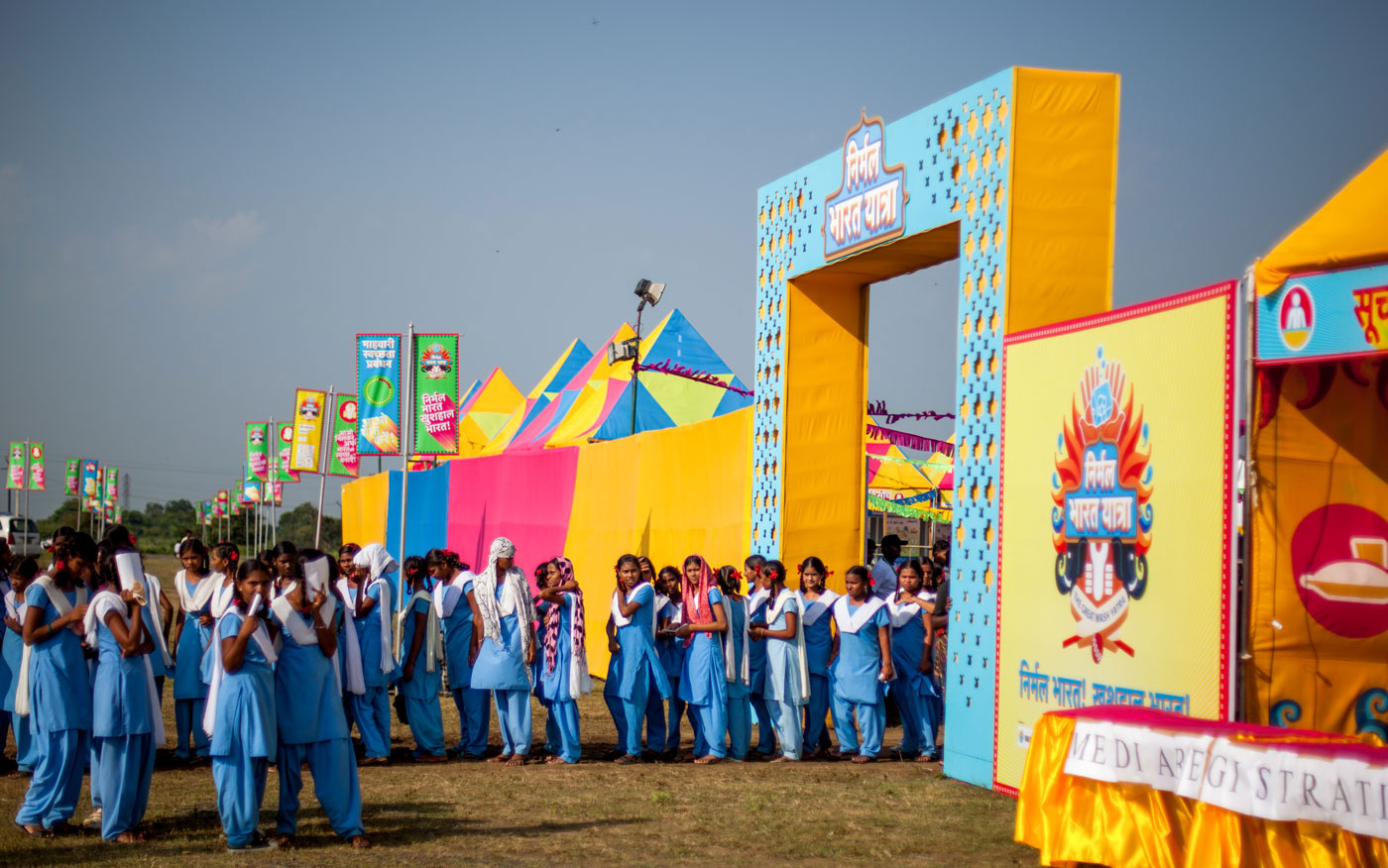 In India 1,000 children succumb to preventable diarrhoea every day, caused by rampant open defecation and poor hand-washing hygiene, especially in low-income and rural settlements. Most sanitation and hygiene awareness initiatives meet with failure, because of their instructive and impersonal approach that fails to connect with the audience. The concept of the Yatra was based on 2 fundamental ideas: (1) Children are important influencers in behaviour change within families (2) To inculcate behaviour change it is imperative to engage with the audience in a manner that is optimistic and participatory. These formed the starting point for the development of the Identity and Communication Design for the Yatra. 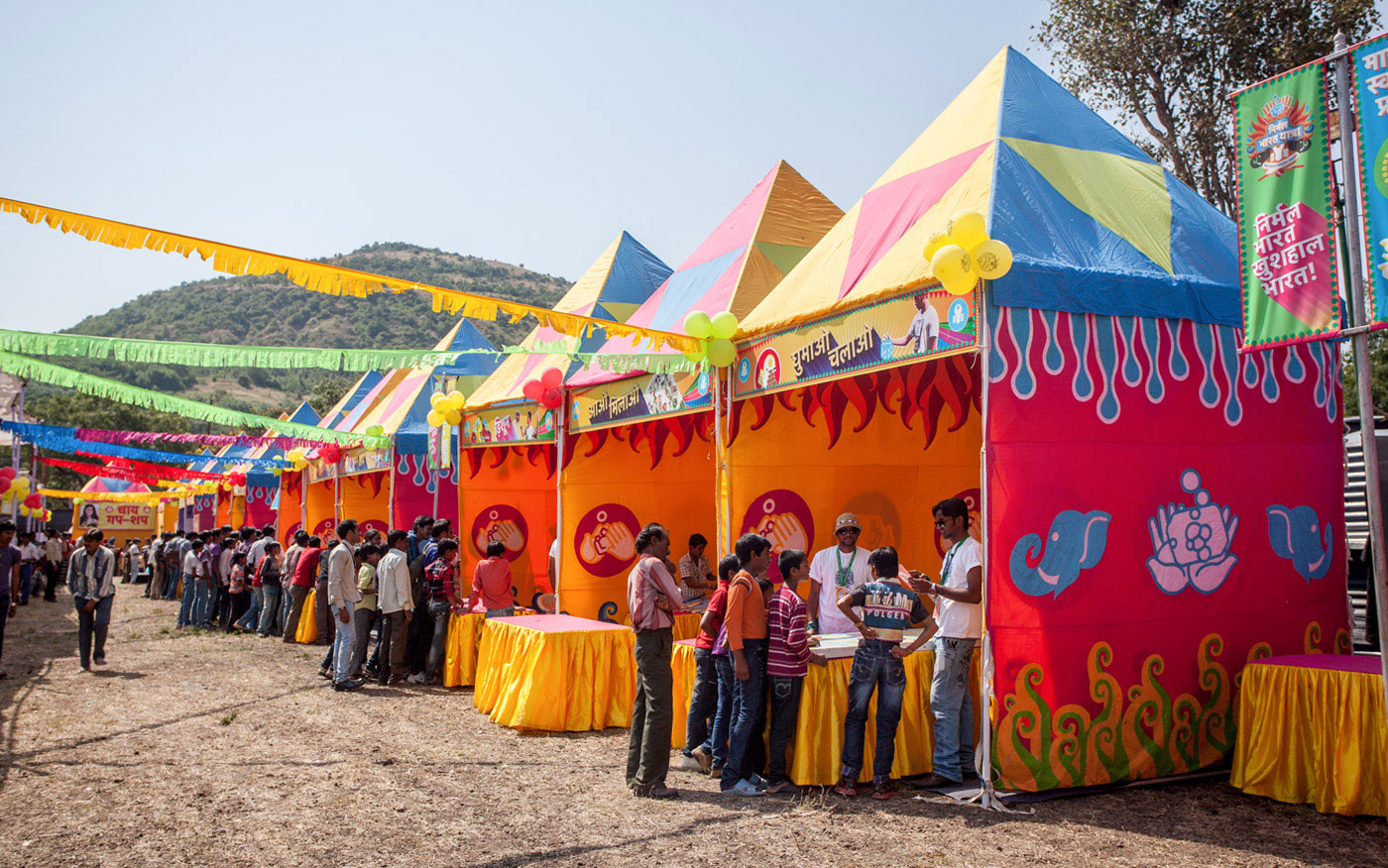 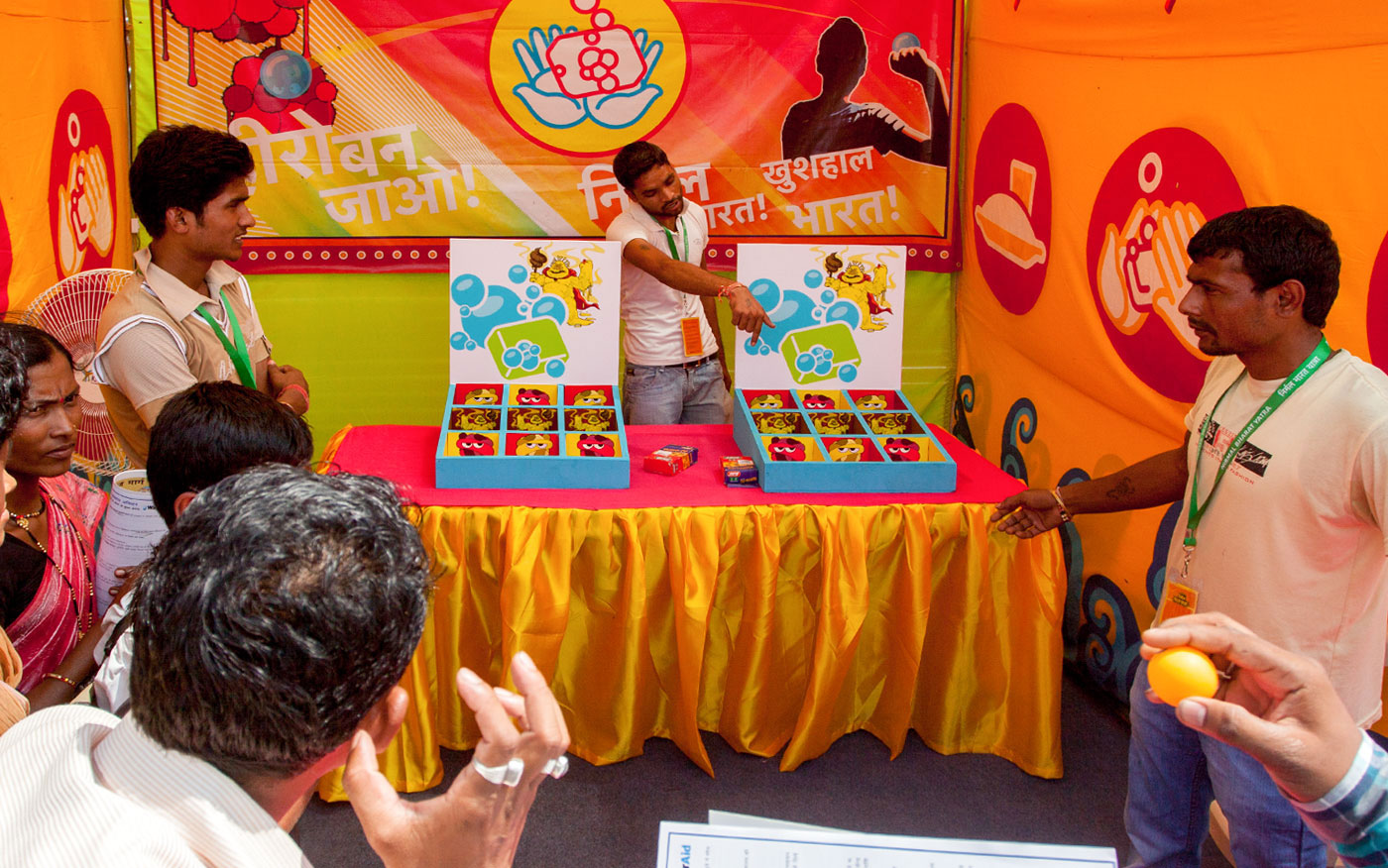 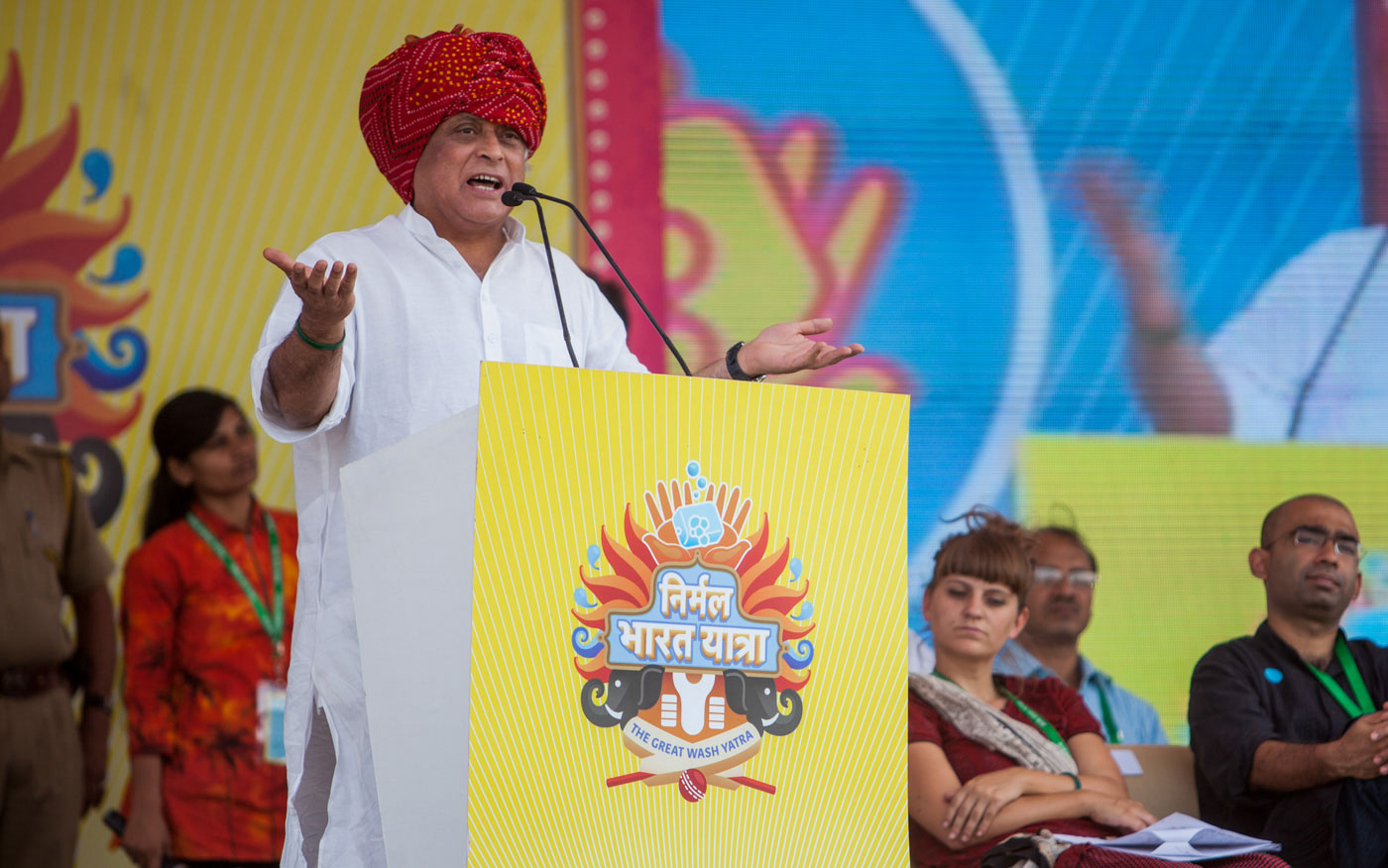 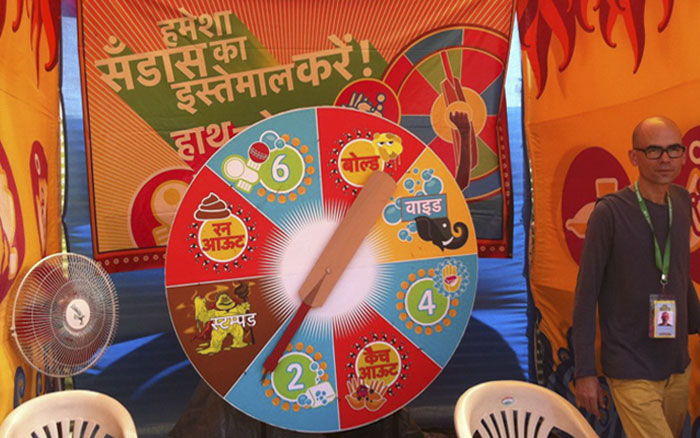 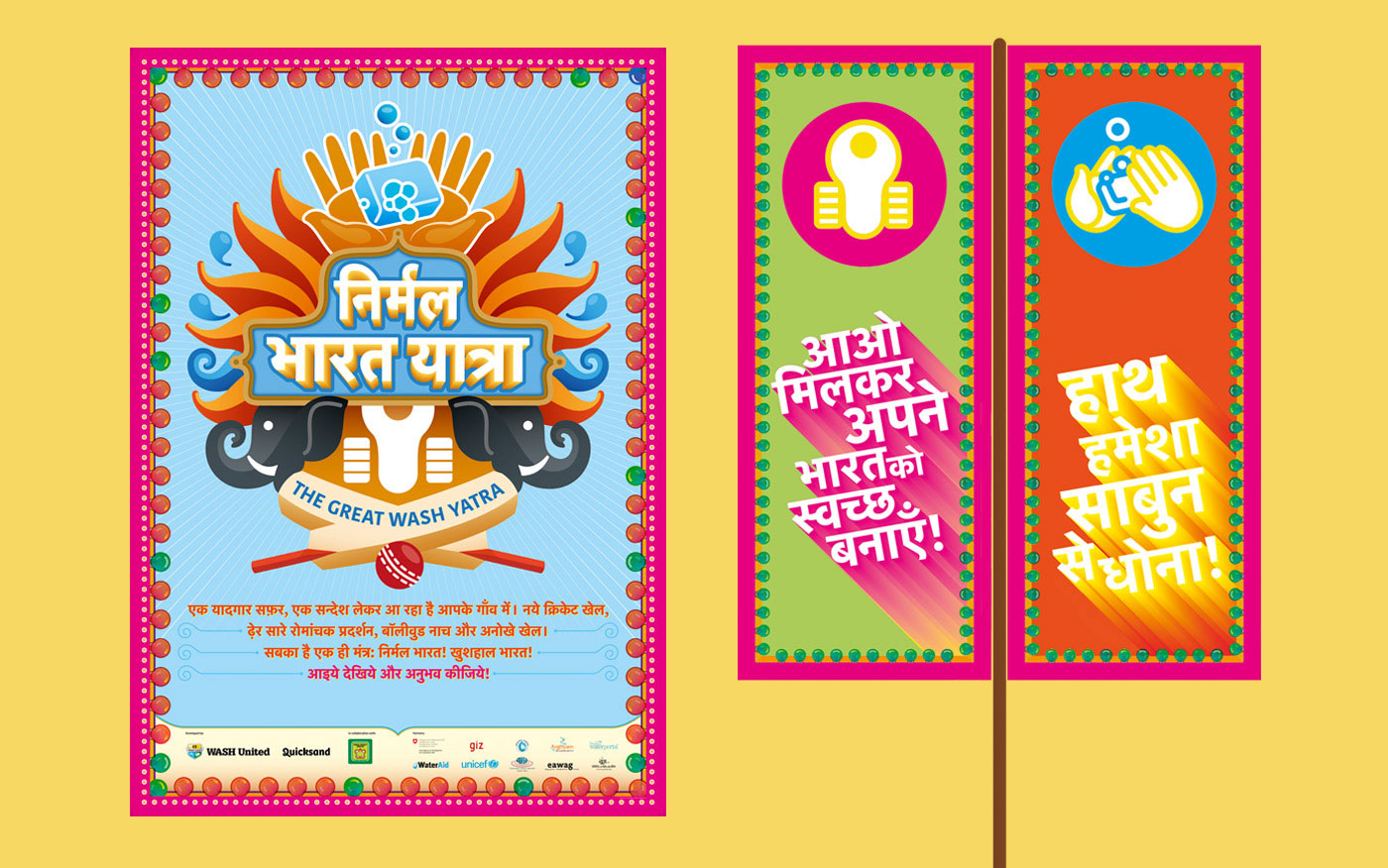 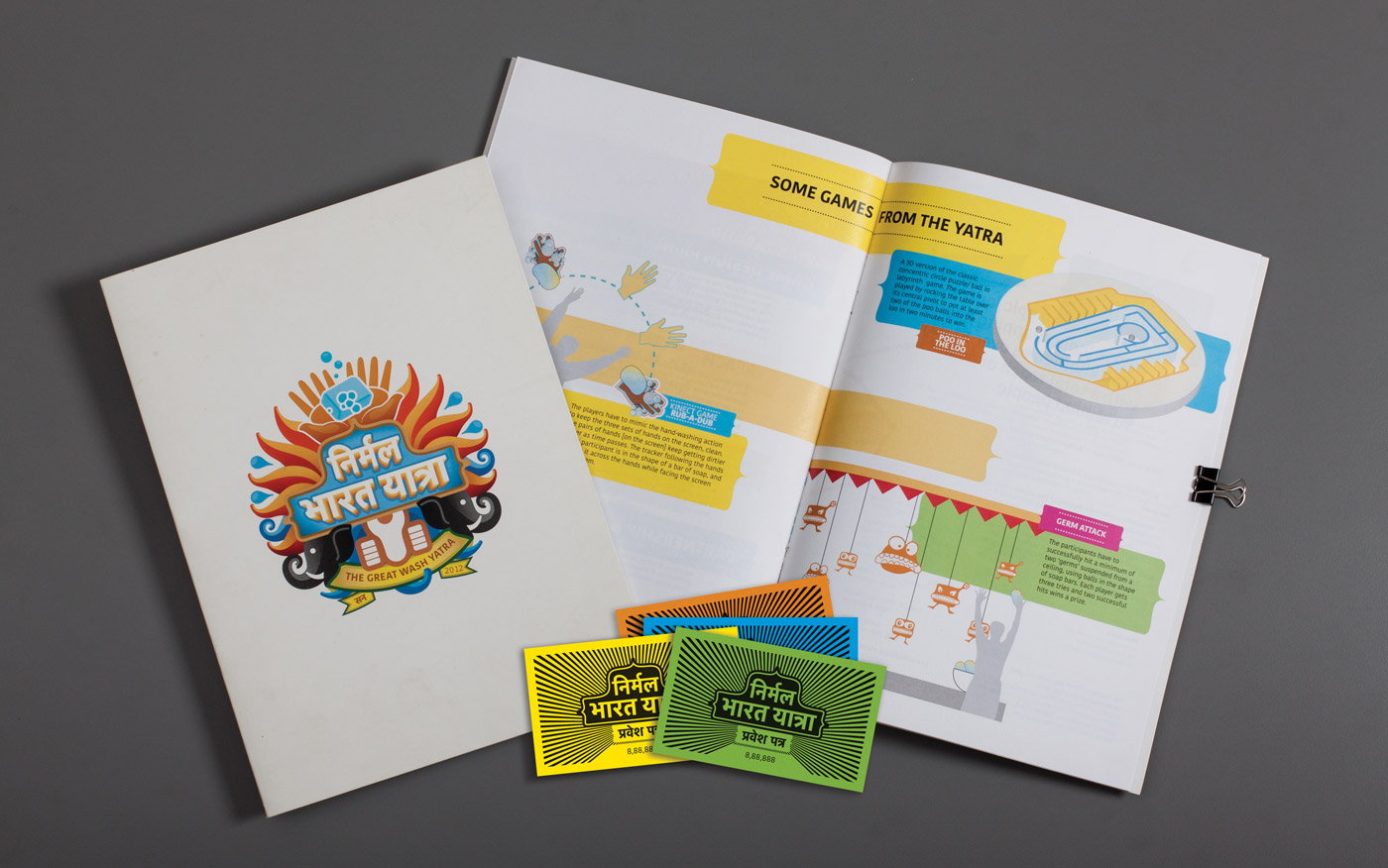 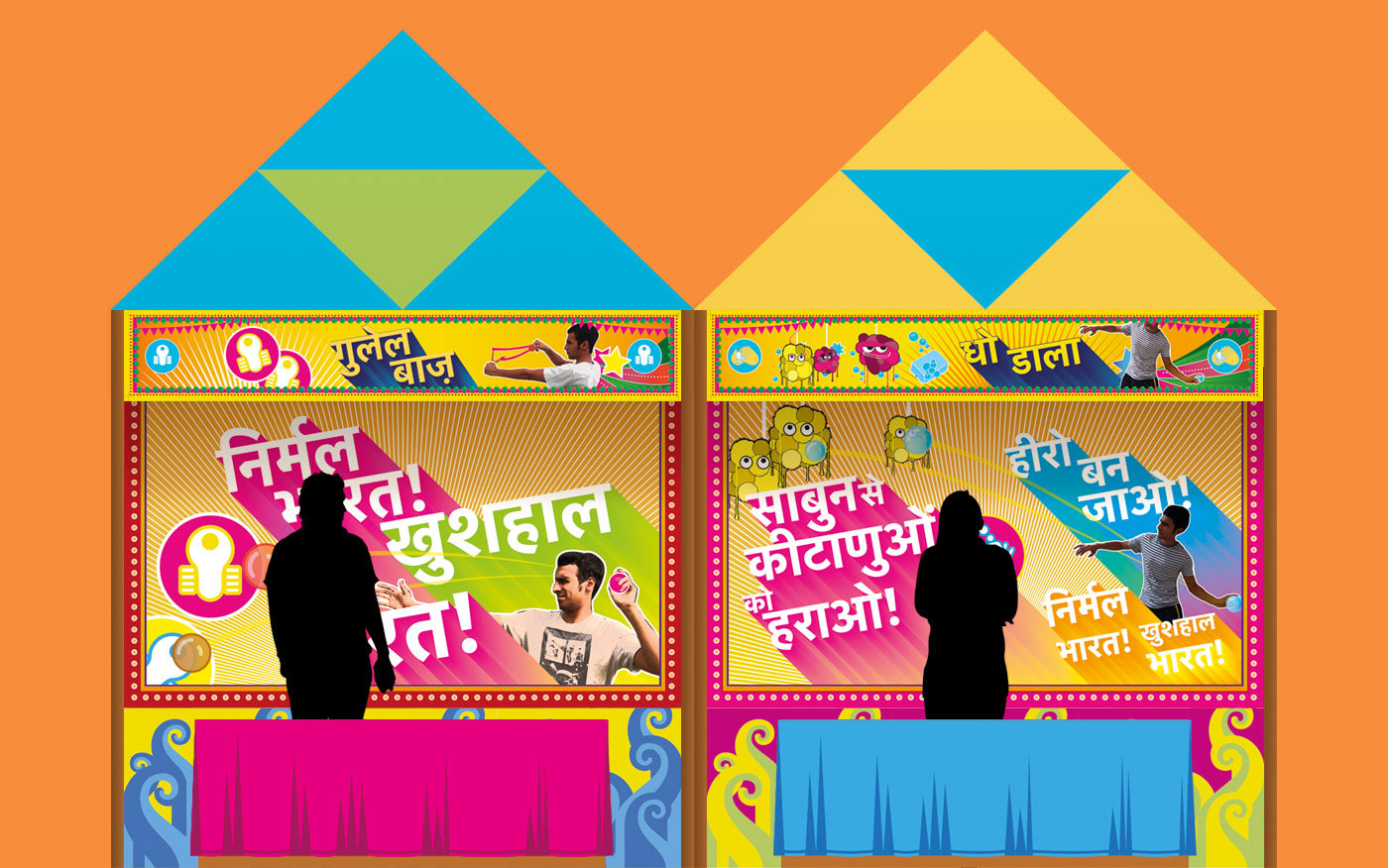 A significant area of intervention, as communication design consultants, was the role in developing the messaging and creative direction for a promotional film and song that was screened at the Yatra and used for social media activation. The resultant film “Saboon ki Jeet” (The Victory Of Soap) and edutaining music video “Khullay Main” (In The Open) continue to be used as tools for information dissemination, after the end of the Yatra.