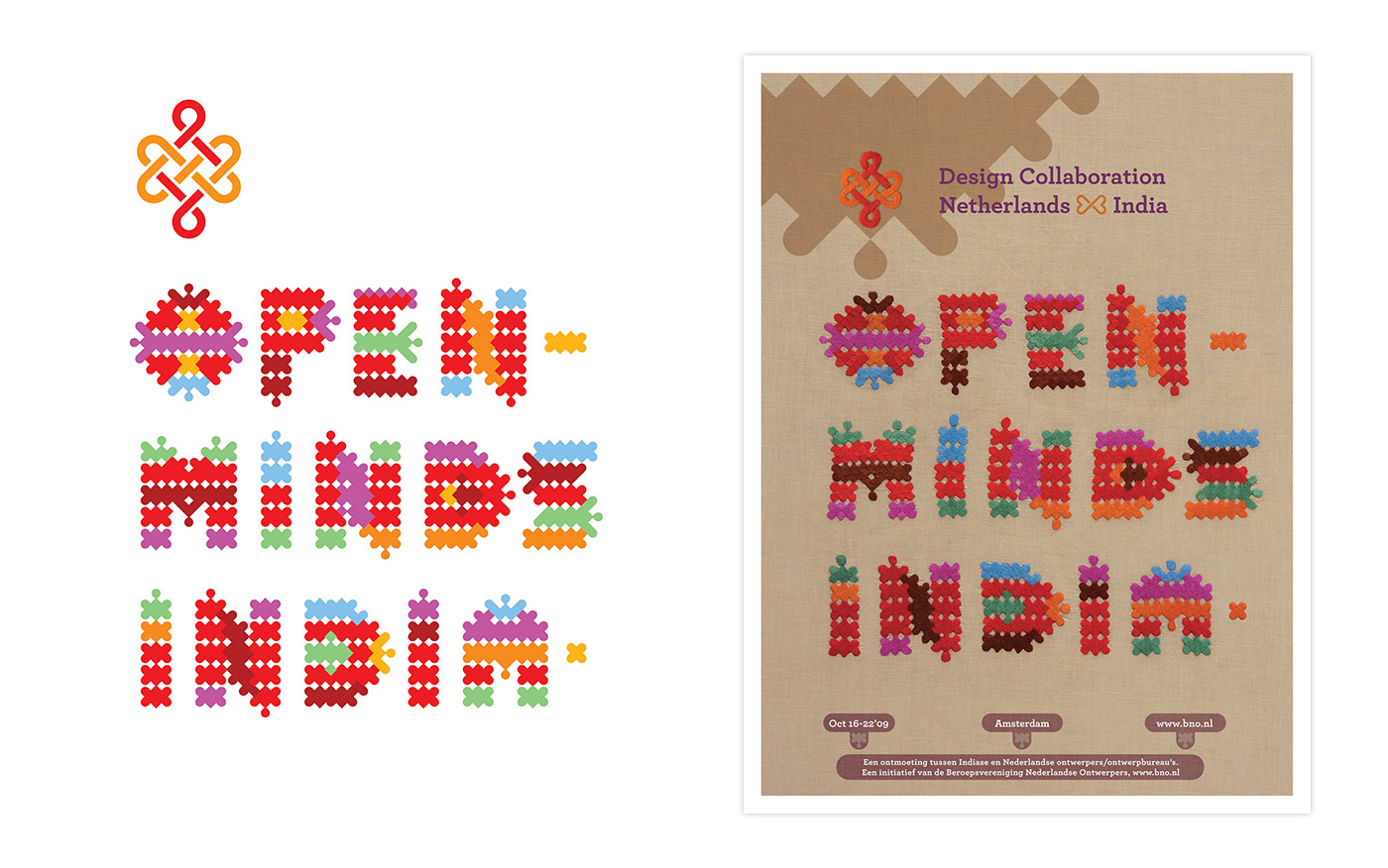 The Open Minds India program was a series of market explorations conducted by The Association Of Dutch Designers (BNO) in India between 2007–2008 to strengthen business partnerships for design between the Netherlands and India. Codesign and Amsterdam-based Koeweiden Postma were selected from India and Netherlands respectively, to create a visual identity that symbolised the spirit of the collaboration. 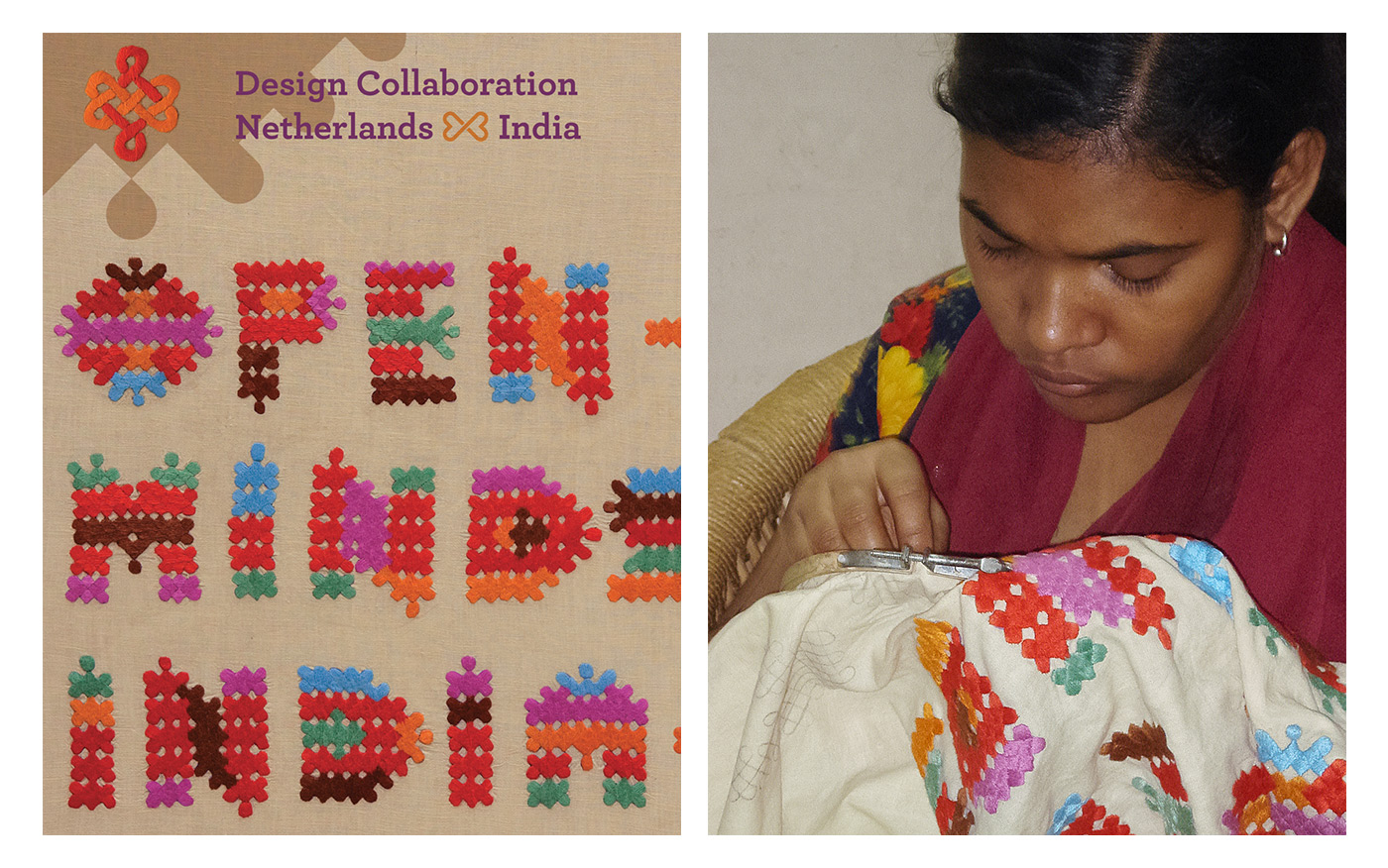 We created a typographic identity based on the Kolam motif, an Indian representation of the universal endless knot. The continuous, interlocked forms were symbolic of relationships between design, economy and society, that would seek to benefit from a vibrant  Indo-Dutch collaboration. Jacques Koeweiden, founder of Koeweiden Postma created a collective textured visual, with both the Indian and Dutch interpretations for the project culmination. 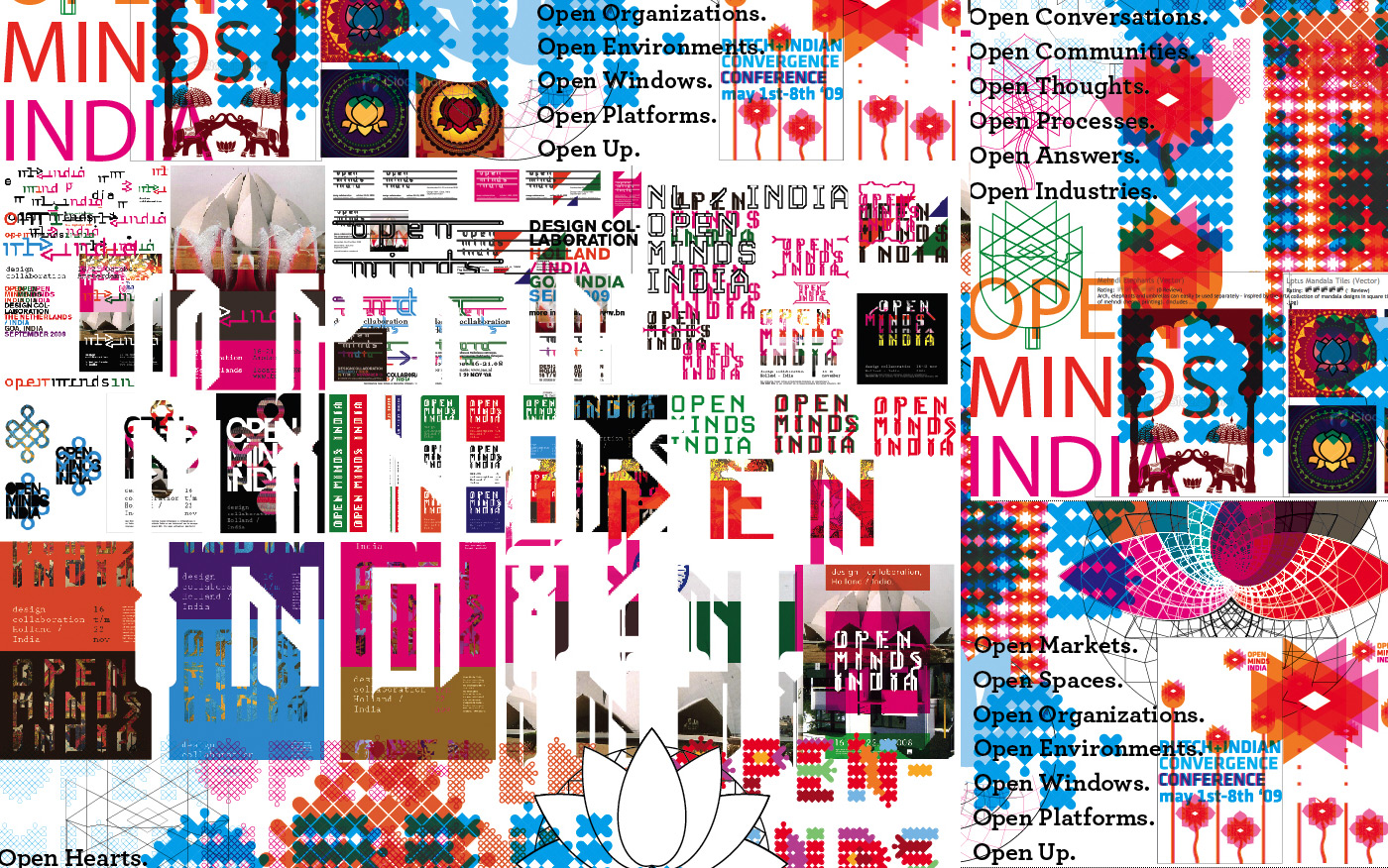